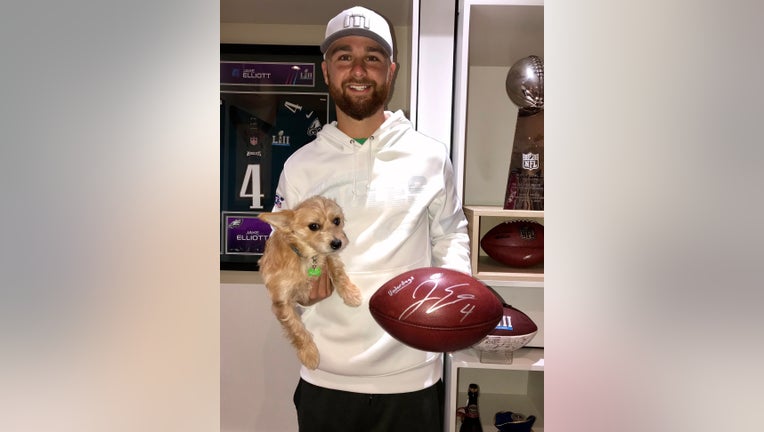 On Tuesday, the Illinois native announced he is auctioning off a signed football in a bid to help Philadelphia's Animal Care and Control Team (ACCT).

Elliott’s own rescue pup, Willy, was formerly a stray in West Philadelphia. ACCT Philly was the first shelter that took him in.

“ACCT Philly houses the real underdogs of Philadelphia,” Elliott wrote on Twitter. “They are severely underfunded and need your help now.”

Those who donate to the shelter through Elliott's "Take ACCTion for Philly's Homeless Pets" fundraiser will have the chance to win a football signed by the kicker. The winner will be randomly chosen after Elliott reaches his $4,000 fundraising goal.

Elliott's support comes in the wake of multiple protests held by ACCT Philly advocates, who are calling for additional funding for the city's only open-intake animal shelter.

Supporters say the city does not allocate enough funds for the shelter, resulting in inhumane conditions that negatively impact the animals. Protesters have cited a dire need for a new building due to deplorable living conditions, among other issues.

“The lack of city funding, the dysfunctional, leaking, pest ridden, poor-excuse-for-a-building and the nonexistent fundraising from the ACCT board members are the reasons that ACCT Philly is in such a sad state,” protest organizers said in a statement. “It’s not only sad, it’s inhumane.” 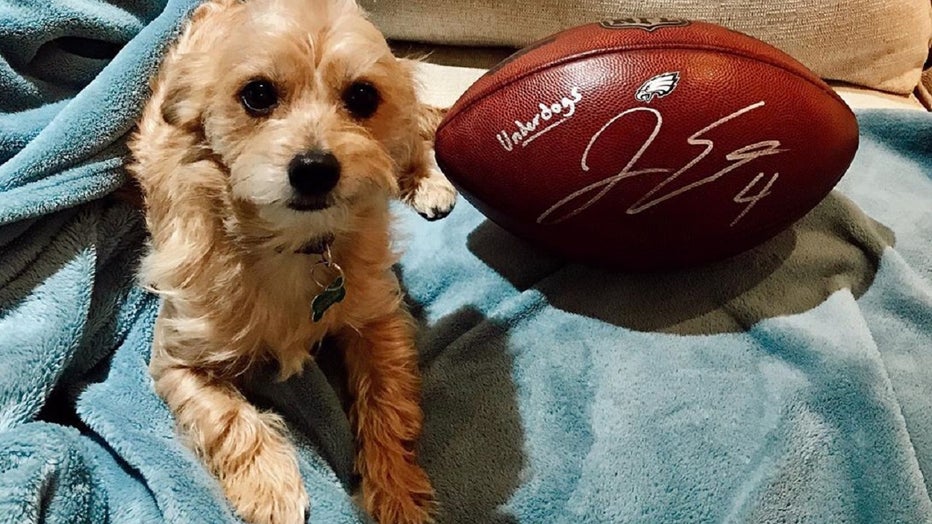 Those who donate to the shelter through Elliott's fundraising page will have the chance to win a football signed by the kicker. (Jake Elliott)

​​​To service the nearly 22,000 animals it takes in each year, ACCT Philly continues to seek additional fosters and volunteers.

As of Wednesday, one dog, four cats and 43 kittens are timestamped for euthanasia. The shelter currently has more than 100 cats and 100 dogs available for adoption.

Those interested in donating to Elliott's fundraiser can do so here.