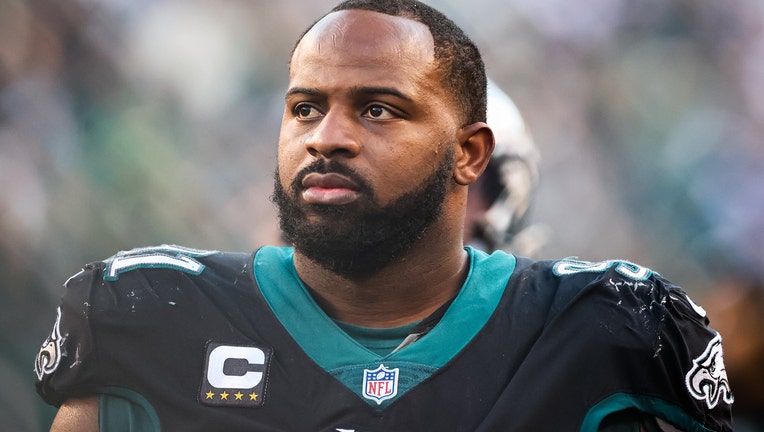 PHILADELPHIA, PA - DECEMBER 26: Fletcher Cox #91 of the Philadelphia Eagles looks on during the second half of the game against the New York Giants at Lincoln Financial Field on December 26, 2021 in Philadelphia, Pennsylvania. (Photo by Scott Taetsch

Sources told Garafolo that Cox was released just before he would have been fully guaranteed $18M. He adds that Cox and his representatives have interest in returning to Philadelphia.

ESPN's Adam Schefter reported that the Eagles brass is working to bring back Cox under a reworked contract, though now he can listen to offers from all 31 NFL teams.

Cox, 31, was drafted 12th overall by the Eagles in the 2012 draft from Mississippi State University. In 10 season with Philadelphia, Cox has become a stalwart on the defensive line, earning six Pro Bowl nods and a 2018 First Team All Pro.

In a physically demanding position, Cox has been extremely reliable during his professional career. He has never played less than 14 games in a season and has started 16 games seven times, including 2021.