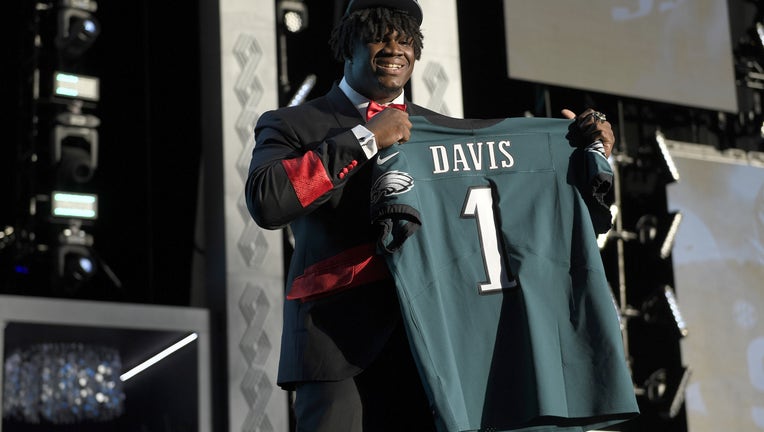 LAS VEGAS, NEVADA - APRIL 28: Jordan Davis poses onstage after being selected 13th by the Philadelphia Eagles during round one of the 2022 NFL Draft on April 28, 2022 in Las Vegas, Nevada. (Photo by David Becker/Getty Images)

PHILADELPHIA - The Philadelphia Eagles swapped picks with the Houston Texans to move up and select Georgia defensive tackle Jordan Davis at No. 13 in the first round of the NFL draft Thursday night.

The 6-foot-6, 340-pound Davis has unique athleticism and speed for a massive athlete who can anchor the middle of the defensive line. Davis ran a 4.78 in the 40 at the combine. He’ll join six-time Pro Bowl defensive tackle Fletcher Cox and Javon Hargrave on the interior line.