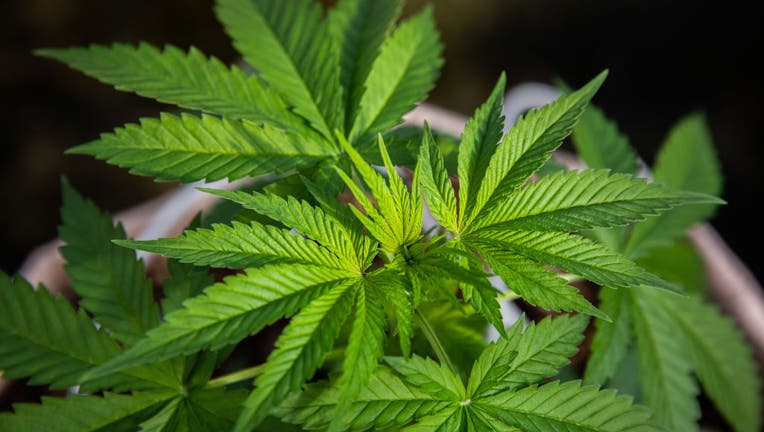 KANCHANABURI, THAILAND - DECEMBER 08: A marijuana plant is seen in a greenhouse at Trio Herbal Farms on December 08, 2022 in Kanchanaburi, Thailand. Beginning as a hemp grower and CBD producer in 2021, Trio Herbal Farms, a cannabis farm located in Ka

DOVER, Del. - A bill authorizing the creation of a state-licensed recreational marijuana industry in Delaware cleared a Democrat-led House committee on Tuesday.

The measure is one piece of a renewed effort by Democratic lawmakers to legalize recreational marijuana use by adults 21 and older and build a cannabis industry to compete with neighboring states that have approved legalization. The proposal does not allow individuals to grow their own plants.

Legislation to legalize possession of up to one ounce of marijuana will be heard by a separate House committee on Wednesday.

Democrats have tried for several years to legalize marijuana in Delaware but have failed to win enough support in the legislature, even though Democrats control both chambers. Democratic Gov. John Carney opposes the idea and vetoed a legalization bill last year.

House lawmakers failed in June to override Carney's veto of a legalization bill, which is a necessary prerequisite for establishing a state-licensed and regulated marijuana industry.

The marijuana bills introduced last week are essentially the same as legislation that failed last year, but the chief sponsor is hoping the election of several progressive Democrats in November 2022 will improve chances for their passage.

Legalization is a comparatively easy task, given that it requires only a simple majority in both chamber. The industry-creation bill, however, requires a three-fifths supermajority because it creates a new tax in the form of a 15% levy on retail sales.

The arguments for and against the industry-creation bill on Monday echoed those of last year. Supporters argue that a state-regulated industry would reduce illegal black market sales, create jobs and generate more tax revenue for the state.

Opponents argue that legalization will lead to increased marijuana use among teens and young adults, expose business owners to liability and result in more traffic deaths and injuries. They also say it will do little to eliminate illegal sales.