Boston Celtics center Enes Kanter sent a pro-Tibet message in a Facebook video on Oct. 20 and during a game against the New York Knicks, he wore "Free Tibet" on his sneakers. (Credit: Enes Kanter via Storyful)

Kanter sent a pro-Tibet message in a Facebook video on Wednesday and during the game against the New York Knicks, he wore "Free Tibet" on his sneakers. He called Xi a "brutal dictator." 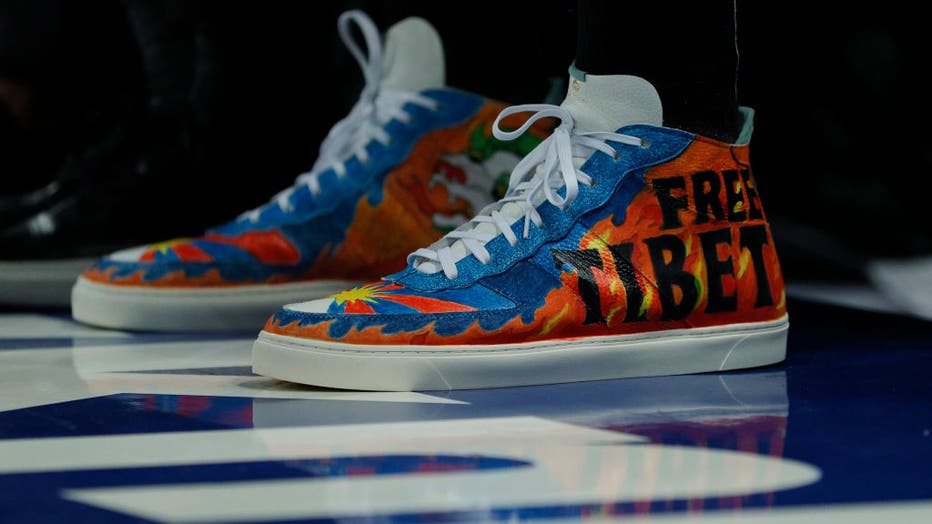 Detail of the shoes worn by Enes Kanter, No. 13 of the Boston Celtics, with the wording "Free Tibet" during the first half against the New York Knicks at Madison Square Garden on Oct. 20, 2021 in New York City. (Photo by Sarah Stier/Getty Images)

He added: "I say, ‘Shame on the Chinese government.’ The Chinese dictatorship is erasing Tibetan identity and culture."

The Celtics-Knicks game was "unavailable" to be replayed on Tencent, the Chinese streaming giant, according to the New York Times. Tencent Sports reportedly indicated it would not stream Celtics games for the foreseeable future – a move already pulled on Philadelphia 76ers games as punishment for then-Houston Rockets general manager Daryl Morey’s pro-Hong Kong support two years ago. 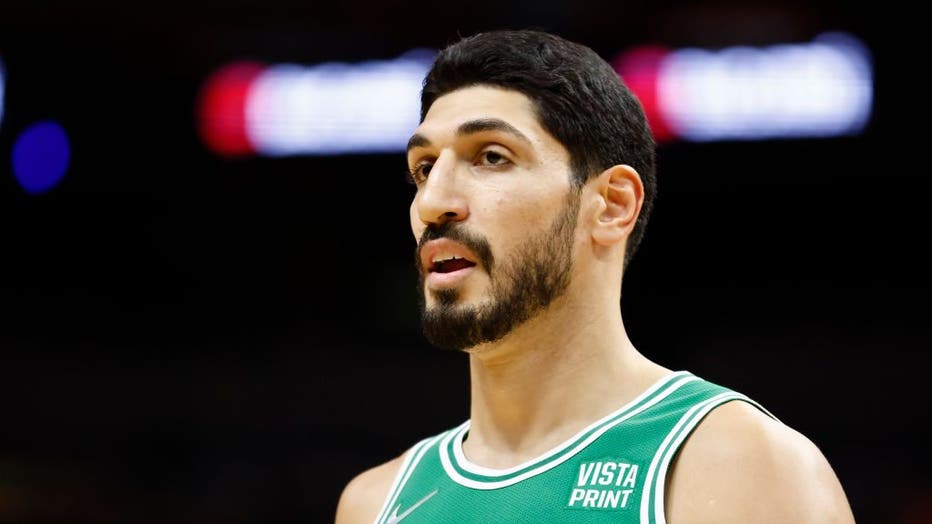 Enes Kanter, No. 11 of the Boston Celtics, looks on against the Miami Heat during a preseason game at FTX Arena on Oct. 15, 2021 in Miami, Florida. (Photo by Michael Reaves/Getty Images)

A Celtics fan account on China’s social media platform Weibo said they would stop posting about the team.

"Resolutely resist any behavior that damages national harmony and the dignity of the motherland!"

Chinese officials have recently made a bigger push to get Tibetans to speak the standard spoken and written Chinese. China’s Communist Party said it "peacefully liberated" Tibetans from so-called "oppressive theocracy" and restored Chinese rule over the region. Critics have said the move toward cultural assimilation would spell the demise of Tibetan tradition.

Kanter is one of the most outspoken NBA players on geopolitics. He’s criticized Turkish President Recep Tayyip Erdogan and expressed fears he could be killed if he steps outside the U.S.

The Associated Press contributed to this report. Get updates from foxnews.com.