The editorial in Christianity Today -- coming one day after the Democratic-controlled House of Representatives made Trump the third president in American history to be impeached -- raised fresh questions about the durability of his support among the conservative evangelicals who have proven to be a critical component of his political base.

The magazine’s editorial, written by editor-in-chief Mark Galli, envisions a message to those evangelical Christians who have remained stalwart Trump backers “in spite of his blackened moral record.”

“Remember who you are and whom you serve,” Galli’s editorial states. “Consider how your justification of Mr. Trump influences your witness to your Lord and Savior. Consider what an unbelieving world will say if you continue to brush off Mr. Trump’s immoral words and behavior in the cause of political expediency.” 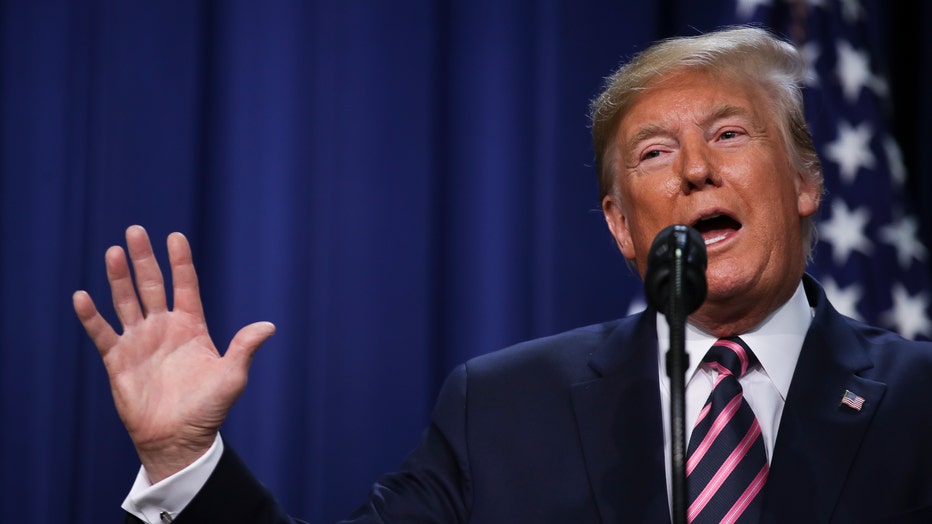 “Unfortunately, the words that we applied to Mr. Clinton 20 years ago apply almost perfectly to our current president,” the editorial stated.

At the core of its indictment of Trump is what Galli described as the “profoundly immoral” act of seeking the assistance of the Ukrainian government in a bid “to harass and discredit” a Democratic rival, former Vice President Joe Biden.

The magazine’s editor-in-chief took no position about whether Trump should be removed from office through a Senate conviction or a defeat at the ballot box next year, calling that a matter of “prudential judgment.”

Christianity Today was founded more than six decades ago by Graham, a leader of the modern evangelical movement who counseled multiple past presidents on matters of faith.

But those storied roots in the evangelical Christian community underscore the editorial’s potentially limited ability to pry Trump’s most ardent evangelical supporters from his side: One leader among pro-Trump Christians is Graham’s son, Rev. Franklin Graham.

And Graham is hardly alone among the white evangelicals who have remained loyal to the president amid nearly three years of political tumult. A Pew Research Center survey in August found 77% of white evangelical Protestants approving of Trump’s job performance.

The White House did not immediately return a request for comment on the editorial.

Jenna Ellis, a senior legal adviser to Trump, tweeted that the editorial is "shameful and constitutionally ignorant." "Pious 'Never Trumpers' who feel morally justified about this #impeachmentcircus are as morally reprehensible as Democrats," Ellis tweeted.