It was a special delivery in South Jersey when a baby decided to come into the world a week earlier.&nbsp; FOX 29's Shawnette Wilson has more.

EVESHAM. N.J. - It was a special delivery in South Jersey when a baby decided to come into the world a week earlier than expected.

“I thought worst-case scenario we're gonna be taking an ambulance to the hospital," said Jessica Connors.

She’s happy and just home from the hospital with her beautiful newborn baby boy Michael two days after he decided to come into the world a week earlier than expected. Jessica says the baby's father frantically called 911. 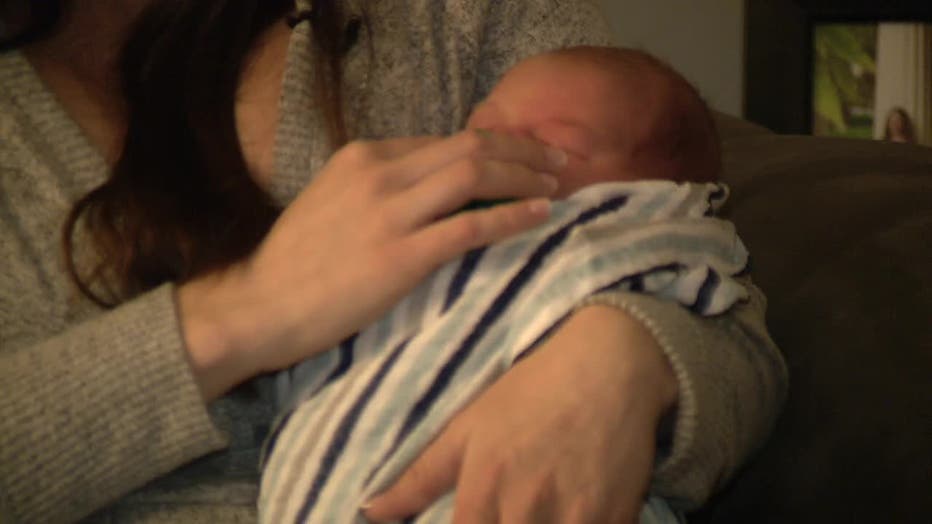 "The dispatcher started talking him through how to deliver and he said no you need to get somebody here now even if it's by helicopter," laughed Jessica. It all began the night before when Jessica went to the hospital but her contractions were still too far apart. They returned to her Marlton home but the next morning she ended up on the floor of her bedroom with police and EMTs surrounding her.

"We were so lucky that everything went perfectly in that scenario," she said. Perfect she says because of two firefighters who delivered her bundle of joy on Dec. 3 at 11:45 a.m.

"The first one I was a nervous wreck. This one I knew exactly hey we need this and this," said Huber. But it was a first for his partner Firefighter Inspector Robert Cavella.

"Most of our calls are people in bad situations. It's nice to finally do something in a good situation," said Cavella. Huber added,”Here's this baby, you're holding another life in your hands and you're just happy to hear its crying, it's healthy and mom's healthy."

Jessica says she hopes to one day reunite with the men who delivered her baby boy.

"They were amazing. I don't know what we would have done if they didn't make it right in time," she said.