CDC Director Dr. Rachelle Walensky pleaded with Americans to continue mask-wearing and refrain from nonessential travel as the coronavirus continues to infect more than 50,000 Americans each day. She cited escalating rates of travel, including around college spring break.

The Federal Aviation Administration (FAA) is extending its zero-tolerance policy for unruly passengers, saying incidents of disruptive behavior are still "far too high."

"The number of cases we’re seeing is still far too high, and it tells us urgent action continues to be required," said FAA Chief Steve Dickson, adding that anyone who disrupts or threatens the safety of a flight could face penalties ranging from fines to jail time. The agency’s zero-tolerance policy, originally announced in January, was previously set to expire at the end of the month.

In recent weeks, the FAA has slapped two passengers with hefty fines.

On March 12, the FAA announced a $14,500 fine for a JetBlue passenger who they say refused to wear a mask or stop drinking his own alcohol that he brought on board. The plane returned to the airport and landed 4,000 pounds overweight from fuel.

On Feb. 26, the FAA handed down a fine after a similar situation on a Delta flight. The FAA alleged this passenger also refused to wear his mask, fasten his seat belt or put up his tray table for takeoff. 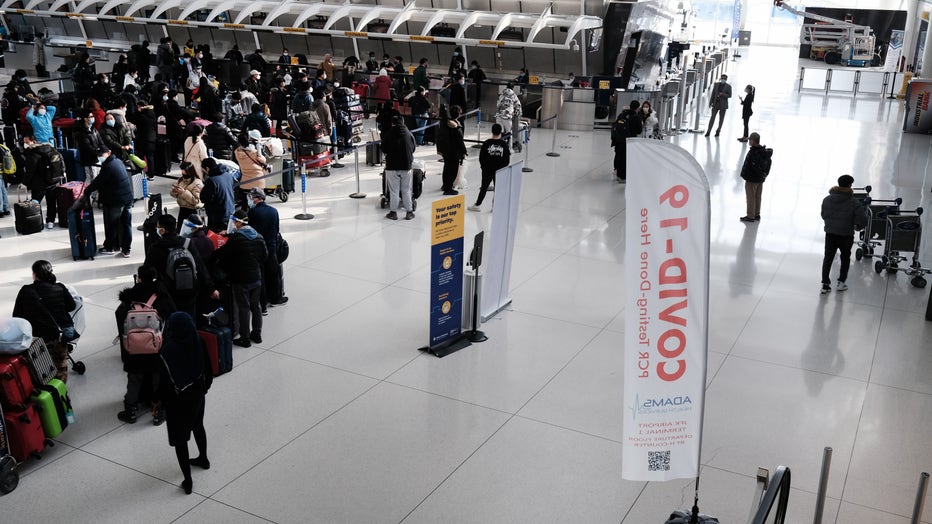 And in another instance, a Colorado man was arrested by the FBI and is facing 20 years in prison and a possible $250,000 fine after refusing to wear a mask and urinating in the flight cabin while allegedly drunk.

The agent said the passenger told him he had several beers and "a couple of shots" before boarding the flight, fell asleep on the plane, and "awoke to being yelled at by the flight attendants who told him he was peeing."

The FAA’s extension of the zero-tolerance policy will last for as long as current mask mandates by the U.S. Centers for Disease Control and Transportation Security Administration remain in effect for airline passengers and for those passing through security checkpoints or travel hubs.

The original policy, which first took effect in January, was enacted in response to a "disturbing increase" in unruly behavior, Dickson said at the time. The order also took effect approximately one week after airlines reported an uptick in unruly passengers, with some carriers citing cases onboard flights traveling to or from Washington D.C. during the week of the Jan. 6 riots at the U.S. Capitol.

Since late December, the FAA has received over 500 complaints from airlines regarding such behavior — with most, but not all cases involving passengers who refused to comply with mask mandates. FOX News has also previously reported that thousands of Americans were listed on the collective "no-fly" lists of the nation’s major airlines as of mid-January, with the carriers confirming that many had been banned from travel for defying mask mandates during the course of the pandemic.

The FAA’s announcement comes amid a rising number of travelers in the U.S. as vaccination efforts ramp up. As of March 16, more than 72.1 million people, or 21.7% of the U.S. population, have received at least one dose of a coronavirus vaccine, according to the CDC. Some 39 million people, or 11.8% of the population, have completed their vaccination.

RELATED: CDC study finds 9 out of 10 people in US got 2nd dose of COVID-19 vaccine

The TSA screened more than 1.3 million people both Friday and Sunday, setting a new high since the coronavirus outbreak devastated the travel industry a year ago. Airlines say they believe the numbers are heading up, with more people booking flights for spring and summer.

Meanwhile, top medical officials in the country are warning the pandemic is not over.

Dr. Rochelle Walensky, director of the U.S. Centers for Disease Control and Prevention, said the next two months are critical to prevent a possible next wave of COVID-19.

On Monday, she pleaded with Americans to continue following public health guidance on mask-wearing and refrain from nonessential travel as the coronavirus continues to infect more than 50,000 Americans each day.

"This past Friday we saw more travelers past through our airports — over 1.3 million," Walensky said. "This is the most travelers that we’ve had over a single day since last March before the WHO declared the global pandemic. We have seen footage of people enjoying spring break festivities maskless. This is all in the context of still 50,000 cases per day."

Walensky noted that cases of the virus have been on a slight decline over the last several weeks, but remain at elevated levels.

"We are just starting to turn a corner. The data are moving in the right direction, but where this goes is dependent on whether we all do what must be done to protect ourselves and others," she said.

This story was reported from Detroit. FOX News contributed.