SOUTH PHILADELPHIA - A family is pleading for the return of their camera after someone broke into their car at the Phillies game over the weekend. The camera was full of irreplaceable pictures.

"As I was driving I heard crinkling noises that were odd and then as I pulled out into the street I looked in my rearview mirror to see that my whole windshield was blown out,” said Jim Alvaré. He left a Phillies game to find the back window of his new car smashed and his valuables gone.

“My iPad Pro and my computer bag with about $2,000 worth of equipment were gone,” he said. 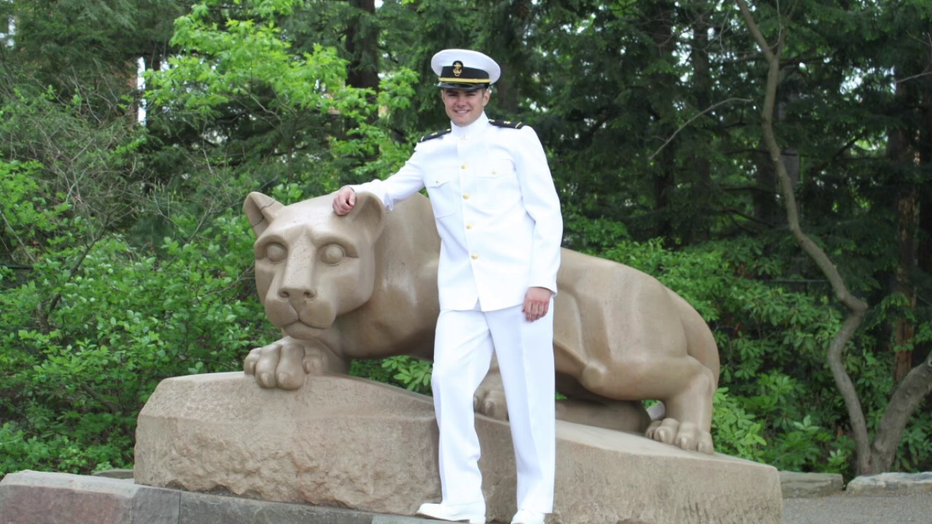 It happened Sunday afternoon while Jim was volunteering to do game giveaways for the Phillies.  His car was parked at the old Naval Hospital lot where employees park next to NovaCare. When he realized what had been stolen, especially his camera, something the thieves didn’t know about came to mind.

“We had just had a funeral for my father-in-law and my son who is in the Navy came home for the weekend and he was in his dress whites to honor my father-in-law who was in the Army. He actually did the eulogy and the flag ceremony at the VFW and was presented with the flag from the VFW members,” said Jim.

Pictures that can’t be replaced because they’re the only ones taken.

“I’m sure somebody stole it to sell it for quick cash and nobody realizes what sentimental value to the pictures that are on it,” said Jim’s wife, Michelle.  She’s devastated. Her father Joseph Rowe had Alzheimer’s. The services were held Saturday the day before the car break-in.

“I’ve been praying to Saint Anthony non-stop ever since. I’m a firm believer of prayer,” said Michelle.  “There's like a half a dozen pictures that's it that I'm really heartbroken over losing," she said.  The family filed a police report and say police are looking for surveillance video from cameras near the lot.  They just want their pictures back, the memory card, no questions asked.

If you know anything, please let us know on the FOX 29 Facebook page.