PHILADELPHIA - The family of a 4-year-old boy injured in a hit-and-run in Tacony made an emotional plea Thursday night for the driver to turn themselves in.

With her 4-year-old son still hospitalized in critical condition and the driver of the car that hit him still unidentified, Christopher Currid's mother spoke out for the first time.

The family spends their days at his bedside at St. Christopher's Hospital praying for his recovery and waiting for justice. 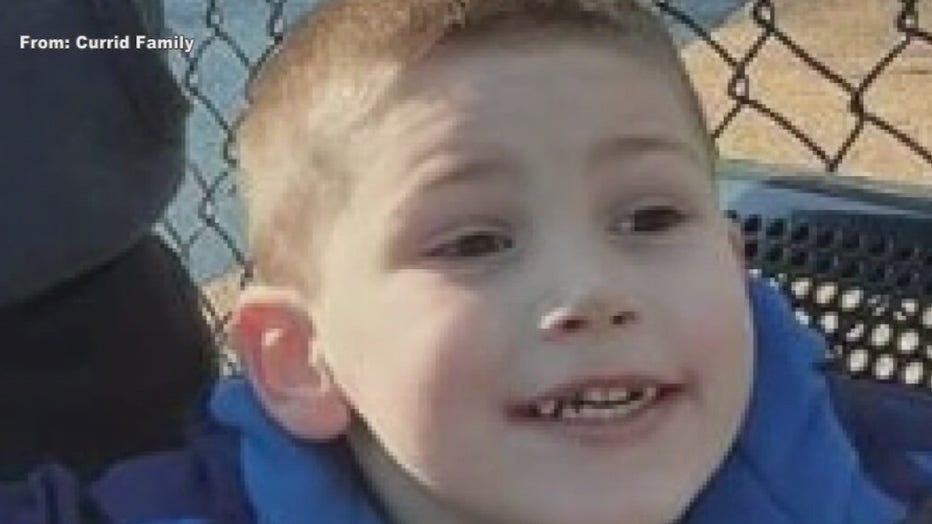 Police say little Christopher was struck by a hit-and-run driver Sunday night seconds after the family stopped to get ice cream on the 6600 block of Keystone Street. According to police, the boy was struck as he walked away from an ice cream truck.

Investigators quickly recovered a picture of the vehicle they believe struck Christopher, but they're asking witnesses or anyone who might have video of the striking vehicle to come forward. There is a $5,000 reward posted by the Fraternal Order of Police.

Police describe the hit-and-run vehicle as a silver four door sedan. They have been scouring the area near the crash scene looking for more video of the car either before the crash or after it.