A pair of dognappers, one armed with a gun, stormed into a Philadelphia man's home and stole his French bulldog that he got for his 11-year-old daughter. This follows a reported recent trend in French bulldog thefts, the breed can cost thousands of dollars.

PHILADELPHIA - A pair of dognappers stormed into a Philadelphia man's home and stole his French bulldog puppy that he recently got for his daughter.

Kevin Long told FOX 29 that he brought the dog named Chaos home less than a week ago to give to his 11-year-old daughter.

On Wednesday night police say two men, one armed with a gun, forced their way into Long's home on the 4800 block of Darrah Street and demanded the dog. 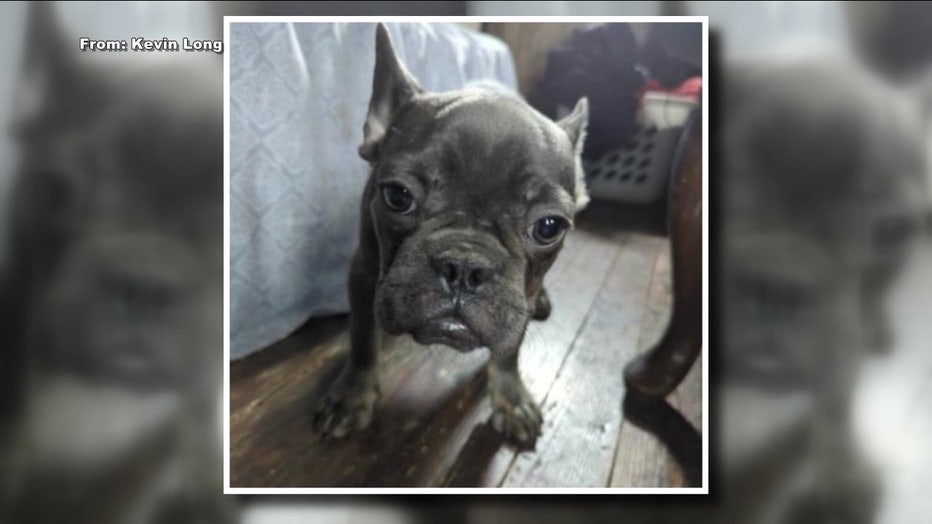 Chaos, a French bulldog, was stolen from a Philadelphia home Wednesday night.

"As soon as he asked about the dog I knew what he was here for, he didn’t ask for anything else, they just came for the dog," Long said.

The dognappers left Long's home with Chaos in-hand, now police are investigating leads to try to return the puppy that Long's daughter never got to meet.

French bulldogs are an expensive breed, with some fetching between $5k-$10k. The New York Times recently shared an article highlighting an uptick in French bulldog theft due to their high value.

Long and the Philadelphia Police Department are urging anyone with information about Chaos's whereabouts to come forward.