PHILADELPHIA - The statue of late Philadelphia Mayor Frank Rizzo has been vandalized once again in Center City.

The word "fascist"was found painted on the statue's suit jacket and a sticker bearing the logo of Philadelphia Eagles quarterback Carson Wentz's nonprofit foundation was placed on the statue's hand. FOX 29 has reached out to the AO1 Foundation for comment but has yet to hear back.

Sunday's incident is hardly the first involving vandalism of the Frank Rizzo statue. In the past, eggs have been thrown at it and the words "black power" have been spray-painted on it.

The Frank Rizzo mural located in South Philadelphia has also been defaced in the past. 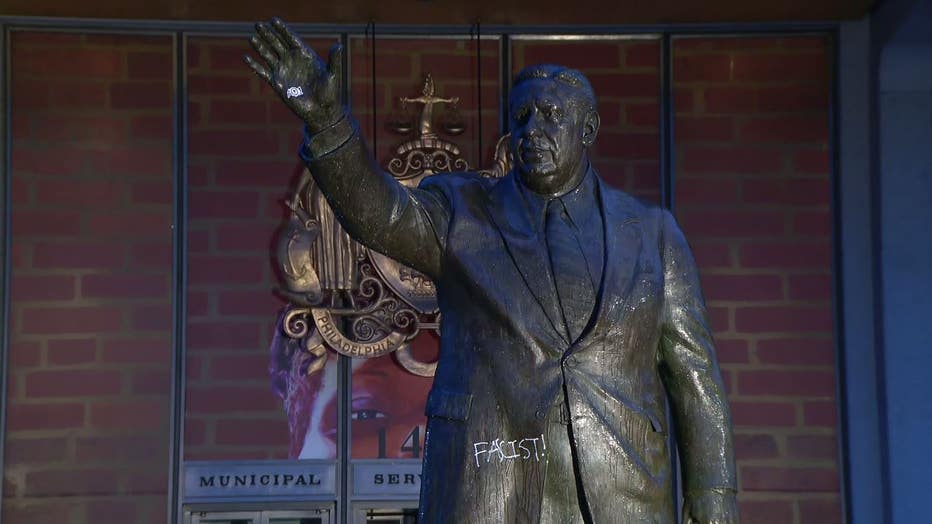 The statue is set to be moved to another location in 2021.

Rizzo was police commissioner before serving as mayor from 1972 to 1980.

Those who want the statue to stay put remember him as devoted public servant. His detractors say he led a police force that brutalized people of color.