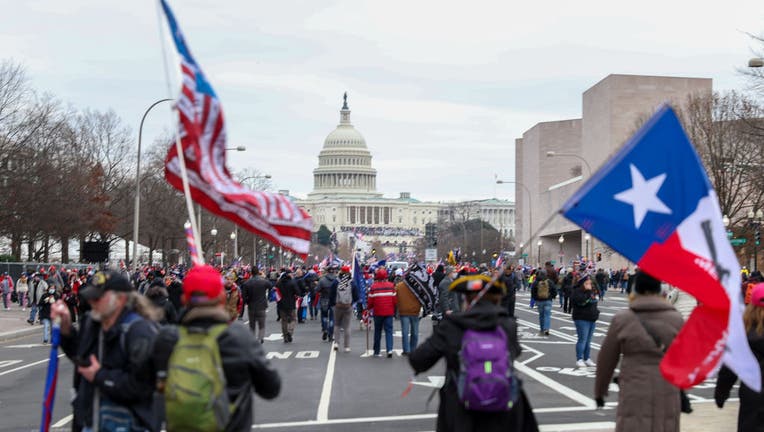 WASHINGTON D.C., USA - JANUARY 6: US President Donald Trumps supporters gather outside the Capitol building in Washington D.C., United States on January 06, 2021. Pro-Trump rioters stormed the US Capitol as lawmakers were set to sign off Wednesday on

SCRANTON, Pa. - A Pennsylvania woman allegedly cheered on rioters as they stormed into the U.S. Capitol in early January and was photographed in a trashed conference room inside the building, the FBI said in a newly unsealed affidavit.

Annie C. Howell of Swoyersville was charged earlier this month with trespassing, disorderly or disruptive conduct, violent entry and obstruction of Congress during the Jan. 6 attack on the Capitol by supporters of then-President Donald Trump.

A message seeking comment was left Tuesday for her public defender, Brandon R. Reish in Scranton. The case was unsealed Monday, and Howell is being prosecuted in Washington.

The FBI said in the affidavit that one witness alerted them to social media posts in which Howell allegedly "appeared to be ‘inciting the crowd in order to storm the building.'"

Another informant told investigators Howell sent a 27-second video of a ransacked Capitol conference room with broken furniture and TVs ripped from the walls. The source told the FBI that Howell gave them the video directly.

In a Facebook post in early January, the FBI wrote, Howell said she had been hit on the head with metal rods.

"We were gassed 5 times in the matter of 2 minutes and thousands fell to their feet and we couldn't see or breathe," she allegedly wrote.

The Justice Department has said about 300 people have been charged with federal offenses related to the riot.