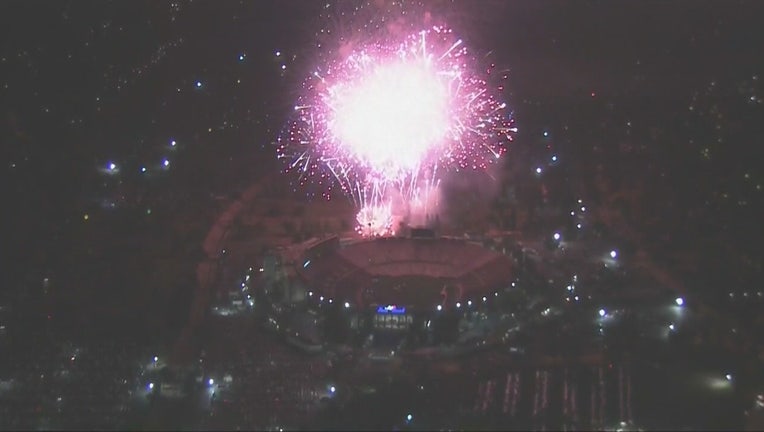 Authorities from the FBI, Department of Homeland Security and National Counterterrorism Center released a bulletin to law enforcement agencies across the country, warning them to be extra vigilant this Fourth of July.

Warnings focused on homegrown terrorists inspired by groups like ISIS or al-Qaeda are now routine, but this bulletin warns of “domestic” terrorists, defined as political radicals driven by domestic issues like taxes, abortion and white supremacy.

“We’re seeing a lot of activity among the far right, white national world here in the United States and in most places, it’s the homegrown people who are responding to homegrown politics and conflicts who are out committing these acts,” said California State University San Bernardino Professor and Director for the Study of Hate and Extremism Brian Levin.

The notice emphasizes that federal authorities are not aware of any specific, credible threats surrounding Independence Day. But the FBI is currently tracking about 850 suspected domestic terrorists and says domestic terrorists have caused more deaths and arrests in the U.S. in recent years than international terrorists.

“While white nationalists are the most ascendant, they are not the only ones on the playing field. It’s a very diverse mix of extremists, and they share tactics as well as methods of radicalizing,” said Professor Levin.

The feds’ Fourth of July bulletin also warns that ISIS has recently called on followers to launch their own attacks on American soil.

“We have to open our eyes. If we see something suspicious, we have to catch them,” said Sonia Joulakian.

“I’ll be darned if I’m going to let a warning from anyone or any one group who thinks they’re going to disrupt it and usurp this holiday for their own warped message,” said Pete Magill, exercising outside of the Rose Bowl, which is home of the biggest fireworks display in Southern California. “I’m not going to let that ruin my day. I’m going to enjoy the Fourth here. I’m going to watch the fireworks just like I always do.”