President Joe Biden received a 2021 hurricane season briefing from FEMA headquarters on May 24, 2021, and gave remarks to reporters.

WASHINGTON - Federal emergency officials will conduct a nationwide test of the U.S. emergency alert system in August and will assess the delivery of such alerts to wireless customers for the first time ever.

The Federal Emergency Management Agency (FEMA), in coordination with the Federal Communications Commission, will test both the Emergency Alert System (EAS) and Wireless Emergency Alerts (WEA) at 2:20 p.m. ET on Aug. 11.

Both emergency alert systems are the two main components of the country’s public warning system, maintained by FEMA, the FCC and the National Oceanic and Atmospheric Administration's National Weather Service.

The EAS is commonly used by state and local authorities to deliver important emergency information, such as weather and AMBER alerts. They are sent out by radio and television broadcasters, cable systems, satellite radio and television providers. Participants are also required to provide the capability for the U.S. president to address the public during a national emergency.

The WEA sends critical warnings and information to the public on their mobile phones, appearing like a text message. 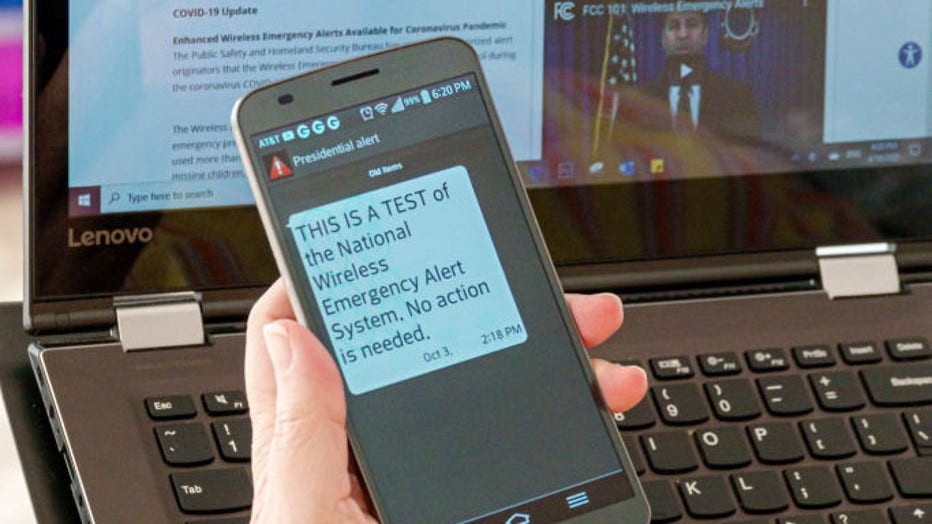 "Wireless Emergency Alerts (WEA) are a powerful tool for public safety managers to inform and protect the public during disasters," Acting FCC Chairwoman Rosenworcel said in a statement released Tuesday. "While the FCC has long required Emergency Alert System participants to report how nationwide EAS tests fared on their television and radio systems, this is the first time we will gather meaningful data about the performance of a nationwide Wireless Emergency Alert test."

Rosenworcel said the survey of the wireless alert test will help the FCC gain better insight into how the agency can "continue strengthening this life-saving system."

For the upcoming WEA portion of the nationwide test, a text message will only be sent to cell phones where the customer has opted in to receive text messages, the FCC said.

The agency said it will publish findings from both the EAS and WEA tests following an analysis of the data.