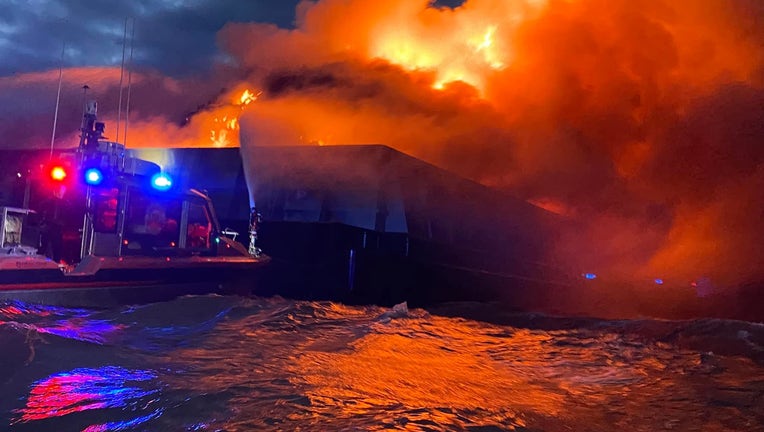 BOWERS, Del. - The U.S. Coast Guard and several local fire crews are responding after a fire broke out on a barge in the Delaware Bay Monday morning.

The barge, carrying household items for scrap, went up in flames about 9 miles south of Port Mahon around 1 a.m.

A 29-foot Coast Guard small boat crew, along with six fire boats from local fire agencies, were reportedly on scene fighting the fire. 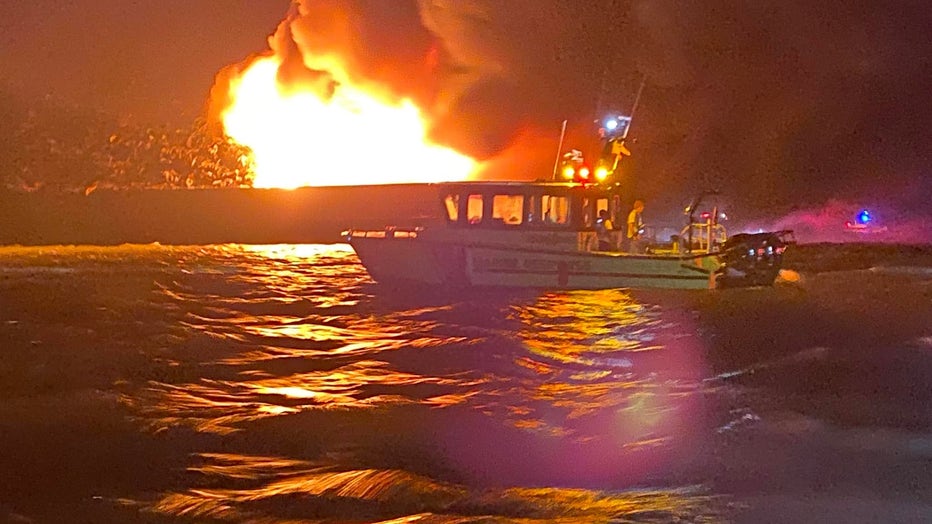 Fire erupts on a barge in the Delaware Bay. (Memorial Fire Co. 89)

No injuries have been reported, and officials say there is no evidence of pollution impacting the waterway.

The cause of the fire is currently unknown.

Officials are asking that all mariners avoid the area at this time.