FOX 29's Chris O'Connell spoke with a resident of the apartment building who said the utility room exploded.

KENNETT SQUARE, Pa. - Fire investigators are trying to find out what caused an explosion and fire in a building housing a craft beer taproom and apartments in southeastern Pennsylvania. No injuries were reported.

Emergency responders in Chester County were called at about 6:30 p.m. Monday to the four-story building in Kennett Square housing the Victory Brewing Company — Kennett Square.

Victory Brewing Company said in a post on Facebook that the taproom was closed for business so no customers or employees were in the building. Residents were evacuated from the 33 one-and two-bedroom luxury units above the taproom.

The company said officials were working with authorities to learn more about what happened and how they could help displaced neighbors. "For now, we are praying for the safety of those involved and want to thank the first responders who quickly arrived on site, safely aided in the evacuation" and fought the fire, the company said. 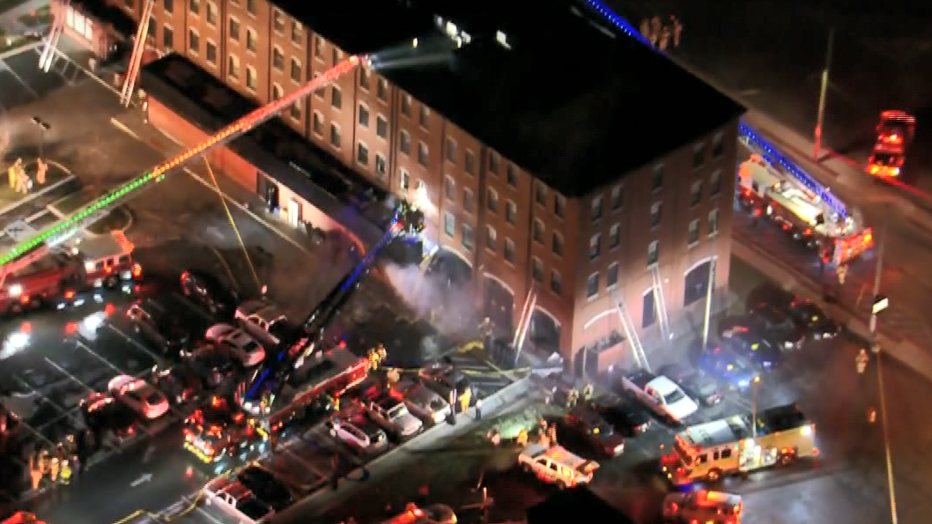 The American Red Cross of Southeastern Pennsylvania said officials at the scene determined that all displaced residents had a place to stay for the night and didn't need assistance. Officials said they didn't immediately know how many people were displaced.

Victory Brewing opened in Downingtown in 1996 and opened a brewery in Parkesburg in 2014. A large taproom on the Benjamin Franklin Parkway in Center City Philadelphia is expected to open later this year.