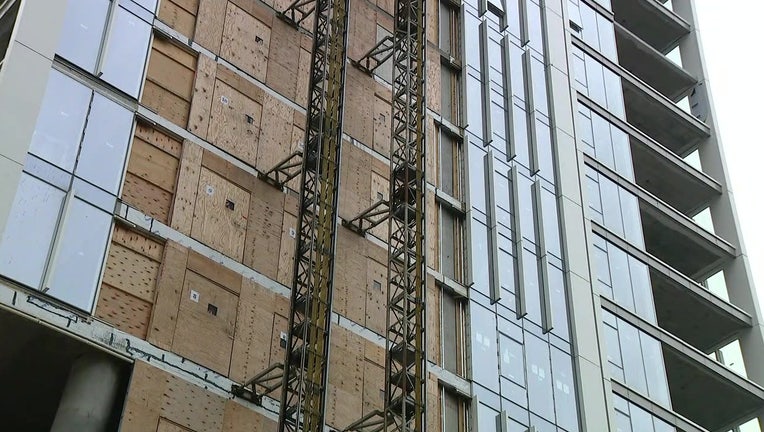 PHILADELPHIA - A worker who was injured while renovating a Philadelphia high-rise needed to be lowered several floors by a basket after firefighters were not able to access the elevator, officials said.

Crews responded to a 50 story building near Broad and Spruce Streets after 10 a.m. for reports of an injured 61-year-old man on the 41st floor. Officials did not say what caused the injury but referred to it as an accident.

The worker, who firefighters said was alert and conscious, was taken to Jefferson Hospital in stable condition.