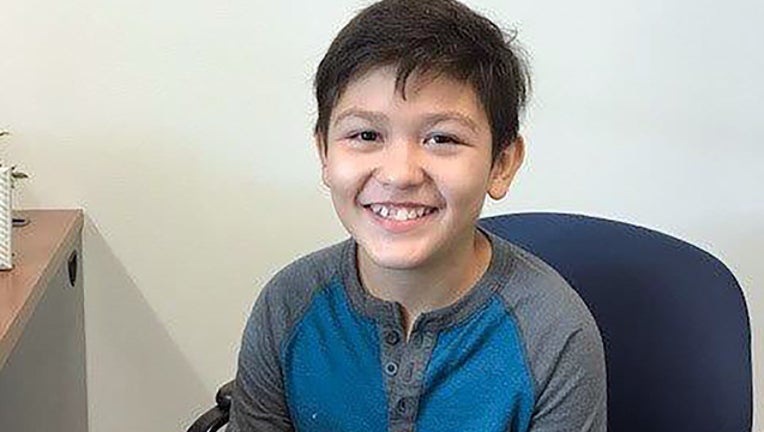 MYAKKA CITY, Fla. - Bound and chained like an animal: That's how 12-year-old Eduardo Posso spent his last days on earth.

His father and step-mother, who worked as third-party circus promoters, will likely face charges for his horrible death. Eduardo died in Indiana, but he was raised in Myakka City. Officials there say there were concerns for his safety.

Many now wonder if his death could have been prevented.

Over a period of 20 months, there were five complaints against Eduardo Posso's father and step-mother. Each time, Child Protective Services workers say there wasn't enough evidence to remove the 12-year-old from their home.

“It hits hard. Being a mother, it effects when it’s a child. Especially when it’s a child, you know,” said Jessica Nelson, a child care provider at the Myakka Community Center. “Eduardo just had a heart of gold. Absolutely wonderful. All the teachers here, we loved him.”

Last week, 12-year-old Eduardo died in Indiana. Investigators say his father, Luis Posso, and stepmother, Dayana Flores, tortured him -- restraining him in a bathtub with a K-9 shock collar and starving him to a mere 50 pounds, until he eventually died.

Pastor Howell says the signs were there. And people around the pre-teen tried to help. Five complaints, between March 2017 and November 2018, were filed with Child Protective Services, however, each was determined to be unfounded.

“We spent a lot of time talking to Eduardo, examining his mood, his behavior, looking for any signs that there might be justification for removing him from the home and it didn't exist,” explained Manatee County Sheriff’s Office spokesperson Randy Warren.

The Manatee County Sheriff's Office says each time there was a believable explanation from Eduardo, his father, and stepmother.

He was last seen by Child Protective Services investigators, where he smiled for a documentary photo of the meeting.

“We don’t know what happened from December 2018, the last time we saw Eduardo healthy and happy," Warren told FOX 13 News.

Days later, Eduardo’s father and stepmother pulled him out of school and moved out of the state, leaving behind a trail of questions from those who knew and loved him.

“We have maybe failed him because we didn't push hard enough. Yet, when you follow the legal system and you do what legally you can do, what else can we do besides pray for him?” said Pastor Lynn. “I pray for justice for Eduardo, that people will see what kind of young, outgoing kind of man that he was. That he gets justice for the destiny that was stolen for him.”

Investigators in Indiana say the case will take some time to finish the multi-jurisdictional investigation.

A vigil will be held for Eduardo at Myakka Family Worship Center Sunday at 5 p.m.