Shelter dogs will be comforted by Florida inmates this Independence Day as part of an initiative with the Brevard County SPCA.

MELBOURNE, Fla. - As the night sky lights up on the Fourth of July, many dogs run and hide. With that in mind, shelter dogs at the Brevard County Sheriff's Office will get some special "TLC" from inmates this Independence Day.

The sheriff talked with FOX 35 about why this program works on several levels. The dogs inside the shelter are up for adoption. Some of them come from troubled backgrounds, so getting them reacquainted with people is something to which Sheriff Wayne Ivy is committed.

“It helps them to prepare for when they find their forever home, to be rehabilitated and integrated into that,” Ivey said.

On Thursday, 15 inmates will be taken from the jail to the shelter, and they’ll have gifts for the dogs.

“They’ll serve the dogs some sorbet. We have an ice cream maker here in the jail, we use inmate labor, and we give them to the dogs," Ivey said. "It’s healthy for them; it’s not regular ice cream, it’s for pets.” 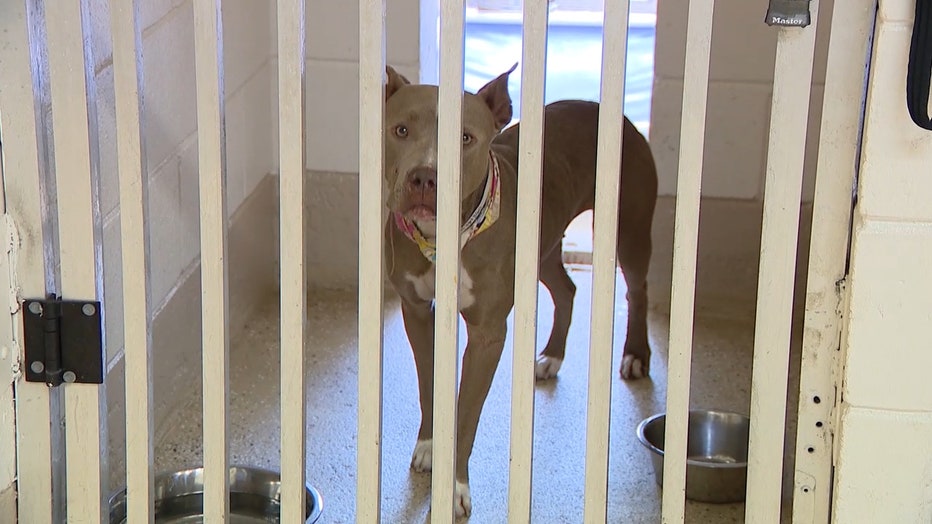 After serving up treats, the inmates will read to the dogs as the fireworks go off in an effort to soothe shaky nerves.

“The upside for the inmates is they’re learning to care for something, to be compassionate about something, and I think it’s a win-win for everybody across the board,” Ivey said.

Brevard County SPCA has a compassion program coinciding with the Fourth of July, where people can interact with dogs and even foster them.

Those interested in donating to the Brevard County SPCA can do so here.