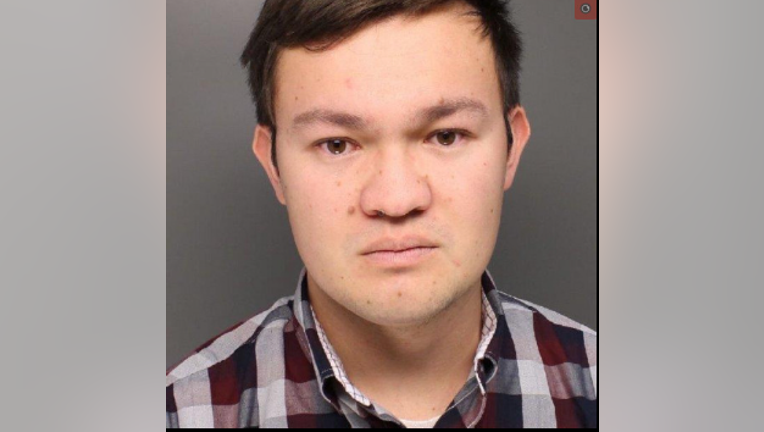 KINTNERSVILLE, Pa. - A former Bucks County high school teacher has been charged after prosecutors say he took inappropriate photos of female students and exposed himself while on school property.

According to authorities, 26-year-old Francis James Reppert Jr., a former math teacher and tennis coach at Palisades High School, shot photos looking up the skirts of three female students and shared them online. Prosecutors say Reppert shot the photos from underneath his desk.

Investigators also reportedly found photos of Reppert Jr. exposing himself inside Palisades High School. In one photo, prosecutors say Reppert Jr. is shown standing entirely naked in front of a whiteboard with possibly pornographic terms scrawled behind him.

According to a criminal complaint, the Quakertown native admitted to taking the photos. Reppert Jr., who had been employed by the Palisades School District since Aug. 2016, was suspended in Oct. and later fired.