Former custodian works his way up to school principal in Denver

Michael Atkins is principal of Stedman Elementary, a dual-language school in Park Hill.

DENVER, Colo. - A Colorado man worked his way up from custodian of a school to becoming the principal of one.

The school is located in the Denver neighborhood of Park Hill, the same neighborhood where Atkins spent his childhood. 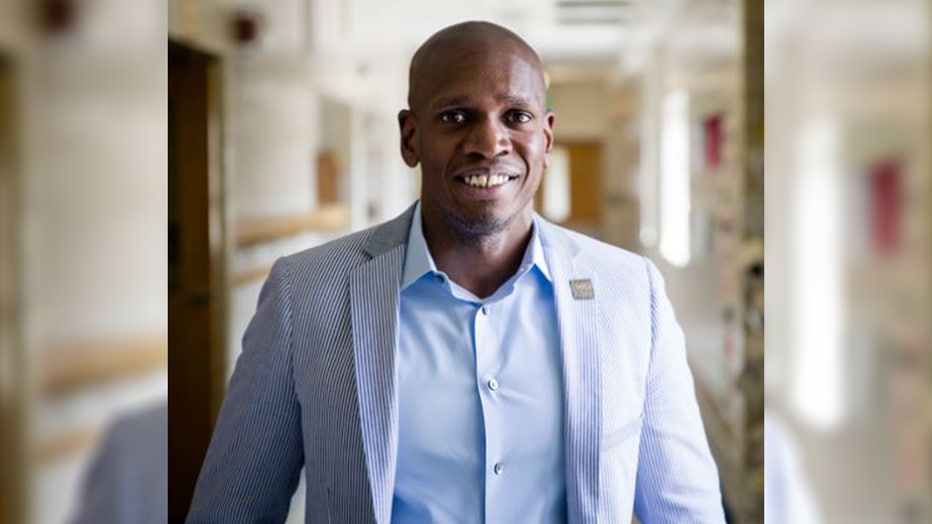 Michael Atkins served as the principal resident for the 2018-2019 school year at Stedman Elementary and began his official tenure as the new principal on June 1. (Photo credit: Michael Atkins)

Though Atkins’ journey to the office where he now sits as principal was short in distance, his path wasn’t always easy. When he was a child, he didn’t attend the school where he now works. He was instead bused to another school amid desegregation rulings that affected many children attending public schools at the time.

Stedman Elementary School was built in the 1920s and was one of the first landmarks in that area of Park Hill, Atkins said.

Atkins, however, was bused to Bromwell Elementary in the Cherry Creek North neighborhood for grades first through fifth because of the 1973 Supreme Court case Keyes v. School District No. 1 that sought desegregation within Denver's schools.

During his time at Bromwell, Atkins' second-grade teacher Carolyn Riedlin made a lasting impact on him into his adult life.

“I just remember her developing a relationship with my family, with my mom, and just being this warm, loving individual,” Atkins said.

After high school, he eventually started work as a custodian with Denver Public Schools.

His older brother, who he called a “brother and father all wrapped into one,” was a positive role model for him and went on to play college football. When Atkins was 21, his brother died in a car accident.

At the time, Atkins said he was living with his young family and living paycheck-to-paycheck from his custodian work and attending school part-time.

“He was telling me how I really needed to get serious. I had a daughter, I needed to buckle down,” Atkins said of their last conversation. “I've lived this journey not alone, but with him by my side each step of the way.”

It was when Atkins began a role as assistant facility manager at Lowry Elementary that he reunited with his second-grade teacher. He had been seeking paraprofessional jobs, but up until this point hadn't found anything.

He ran into Riedlin in the principal's office and she remembered Atkins and his family. He shared his goal of working more closely with students, and she later gave Atkins a reading and writing paraprofessional position.

The job paid “much less money” than he was making as a custodian, but Atkins said it was more about “that joyous feeling” of working with students and being a mentor for them.

He had been pursuing a business major part-time at Metropolitan State College of Denver. He then switched his major to behavioral science and sought out a teaching certification.

Atkins eventually landed a teaching position with students in second and third grade. He went on to receive two master's degrees, one in linguistics and the other in K-12 principal leadership.

Atkins spent six years in the classroom teaching before working as an assistant principal for four years — and ultimately landing his principal role back in his hometown of Park Hill at Stedman Elementary. Throughout his career, he's remained in Denver Public Schools.

“I've been part of this district since I was 4 years old in some capacity or another,” Atkins said. “The only positions I have yet to hold within public schools is working in the kitchen... and working in the nurse's office.”

Currently, Stedman Elementary is one of the most diverse schools in the district and Atkins hopes to keep it that way.

“A lot of my 4th and 5th grade students are children of good friends that I grew up with,” Atkins said. “It's easy to find meaning in the work, but when it feels like family and you're raising your own from your own community, it makes it even that more meaningful.”

Atkins wants to allow students opportunities to increase their intercultural development through social interactions, academics and language. He wants his students to understand that differences should be celebrated.

“Growing up, people would say this catchphrase, 'I don't see color.' And I don't want that for my kids, for my babies or for the students that I serve,” Atkins explained. “Don't ignore what I am and who I am. There's a lot of value that comes with that. Celebrate it because everyone has a unique culture, has a unique story, and both of those things should be celebrated at all times.”

Atkins, a first-generation college graduate within his family, said he chose to work with elementary-age children because he recognized the power in having that first experience with a student before they continue on with their academic career, similar to the lasting impact his second-grade teacher made on him.

Atkins has three daughters, 20, 19, 2, as well as another one on the way. His wife also works in education.