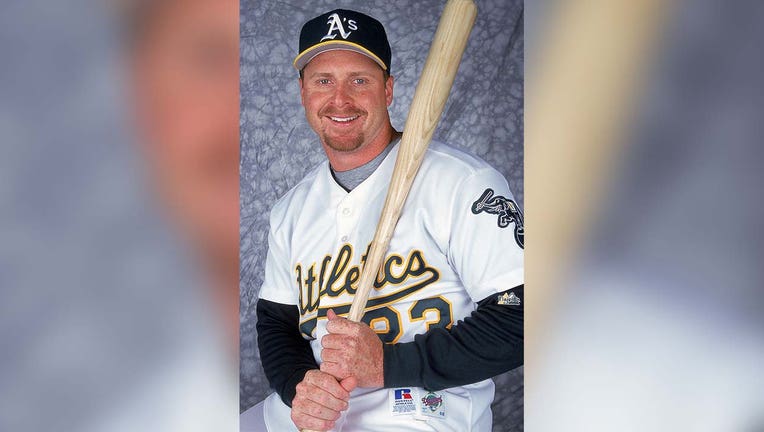 "We are heartbroken to learn of the passing of a member of our Green and Gold family, Jeremy Giambi," the Oakland Athletics tweeted. "We offer our condolences to Jeanne, Jason, and his family and friends."

The cause of his death is unknown at this time, MLB on FOX reporter Ken Rosenthal, tweeted.

"Jeremy Giambi passed away today at his parents’ home in Southern California, according to his agent, Joel Wolfe. Jason and the family request that their privacy be respected during this difficult time," Rosenthal tweeted.

Jeremy Giambi grew up in Los Angeles County, California and attended California State University, Fullerton where he played baseball until he was drafted by the Kansas City Royals in the sixth round of the 1996 MLB Draft.

He debuted in his first major league game in September 1998 for the Royals against the Toronto Blue Jays.

Jeremy Giambi was traded to the Oakland Athletics in 2000 where he got to play alongside his older brother, MLB All-Star Jason Giambi. The duo helped lead the A’s to the playoffs in 2000 and 2001.

In the 2001 playoffs, Jeremy Giambi was thrown out at the plate by New York Yankees shortstop Derek Jeter, who quickly flipped the ball to catcher Jorge Posada, who applied the tag. The play is one of the most memorable for Jeter, who was enshrined into the Baseball Hall of Fame in 2020.

Jeremy Giambi would go on to play with the Philadelphia Phillies and Boston Red Sox until 2003. In 510 career games, the left-handed-hitting Jeremy Giambi batted .263 with 52 home runs.

After his playing career was over, Jeremy Giambi admitted to using anabolic steroids in 2005, according to the Kansas City Star. He and his brother were named in the 2007 Mitchell Report which detailed the use and prevalence of steroids in MLB.

FOX News contributed to this report. This story was reported out of Los Angeles.