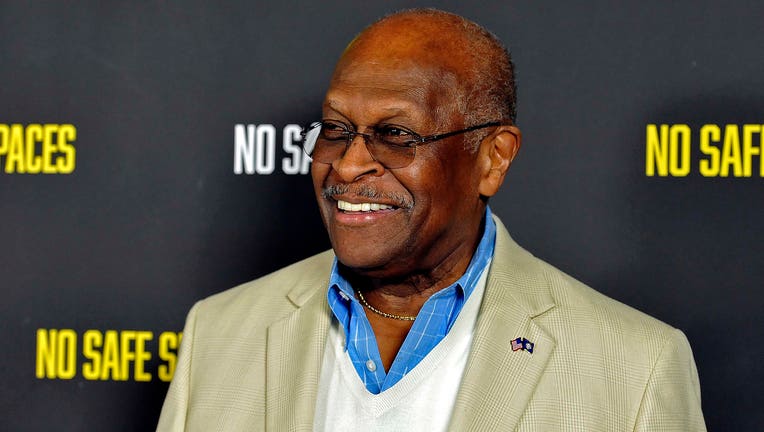 Cain, 74, was told Monday that he had tested positive for virus, according to a statement shared on his Twitter account. By Wednesday, he had “developed symptoms serious enough that he required hospitalization.”

The statement said he is being treated at an Atlanta-area hospital. Cain, who hosts a regular show on Newsmax TV, was “awake and alert” and not on a ventilator as of Thursday afternoon.

The U.S. Centers for Disease Control and Prevention made revisions to its list of underlying medical conditions that put people at a higher risk of severe complications from the novel coronavirus.

“There is no way of knowing for sure how or where Mr. Cain contracted the coronavirus,” the statement added.

On June 20, Cain attended a campaign rally for President Donald Trump in Tulsa, Oklahoma, and posted a photo from inside the venue. Cain was not wearing a mask.

“Here’s just a few of the #BlackVoicesForTrump at tonight’s rally! Having a fantastic time,” the tweet was captioned.

Cain, the former CEO of Godfather Pizza, ran for the GOP presidential nomination in 2012 on his “9-9-9” tax plan that would eliminate tax laws in favor of a 9 percent tax on sales, individual income and corporate income.

In April 2019, Trump announced that he would appoint Cain to serve on the Federal Reserve Board. Cain later withdrew from consideration amid renewed scrutiny of sexual harassment and infidelity allegations that first surfaced during his 2012 presidential campaign.