LOGAN - The Philadelphia Police Department is searching for a group of men wanted in connection to a deadly weekend shooting in Logan that claimed the life of a 20-year-old man and left a second victim wounded.

Chief Inspector Frank Venore on Wednesday said four unidentified men exited a Mitsubishi Outlander on the 1700 block of Ruscomb Street last Saturday around 8 p.m. and walked over to a parked Chevy Malibu with two men inside.

During the conversation, Venore said one of the suspects assaulted the driver with a firearm. The passenger of the car, identified as Sebastian Brown, got out of the car and was shot by two of the suspects, according to Venore. 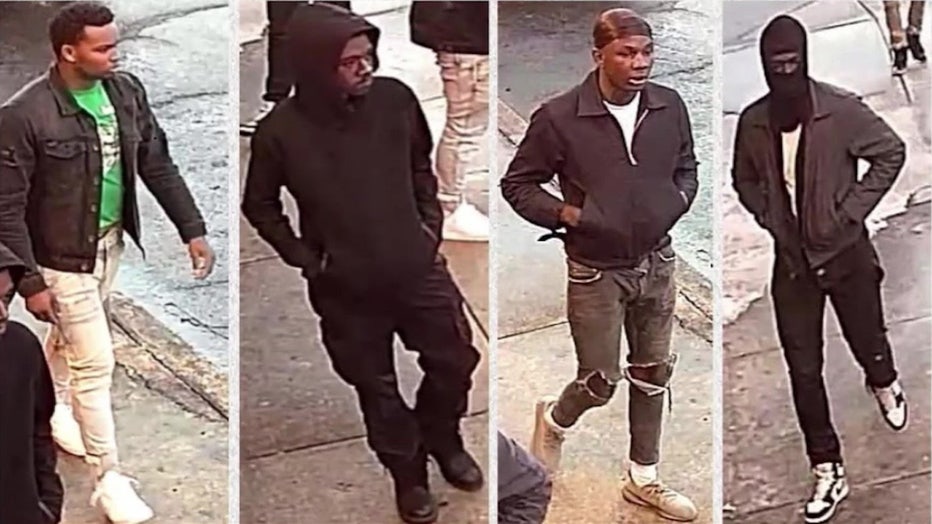 The Philadelphia Police Department is searching for four men wanted in connection to a deadly weekend shooting.

Brown was hit multiple times and pronounced dead at the hospital, Venore said.

Three of the suspects were captured on surveillance footage dressed in dark clothing. One of the men was seen wearing light-colored pants with a green shirt under a dark jacket. Authorities did not specify who the suspected shooters were.

Venore said the Mitsubishi Outlander used by the suspects has a distinctive dark-colored hood and paper license plates. 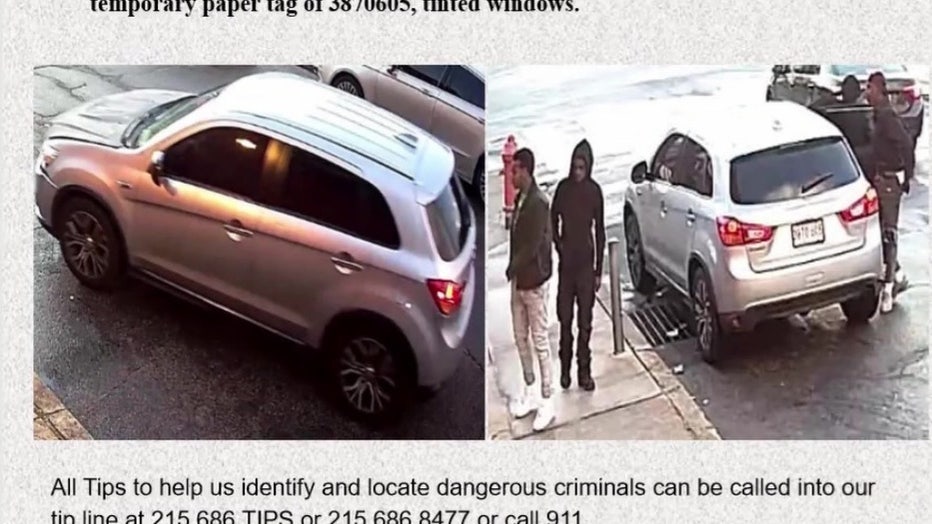 Police said the men exited a silver Mitsubishi Outlander with a dark-colored roof.