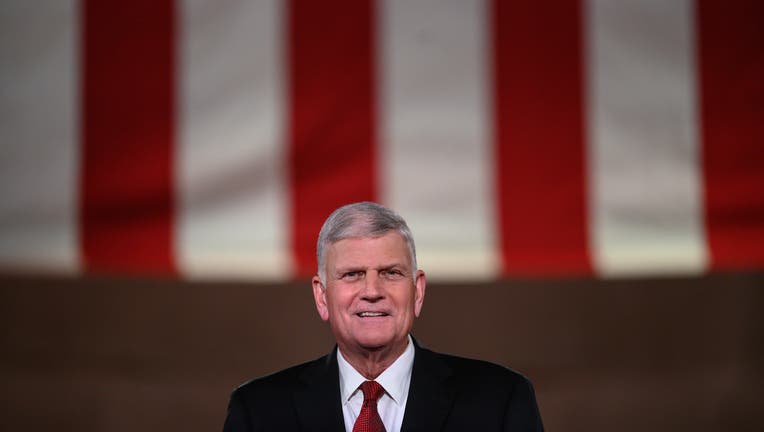 PHOENIX - A post made by Christian evangelist Franklin Graham on social media tried to draw comparisons between the unprecedented second impeachment of President Donald Trump to the betrayal of Jesus Christ.

On Jan. 13, the House of Representatives voted, 232-197, to impeach Trump for "incitement of insurrection" over the deadly riot at the U.S. Capitol on Jan. 6.

In a post made by Graham on his verified Facebook page on Jan. 14, the preacher criticized Republican members of the House of Representatives for voting to impeach Trump for a second time.

"After all that he has done for our country, you would turn your back and betray him so quickly?" Graham wrote.

In the same post, Graham criticized Democrats for impeaching Trump because "they hate him" and "want to do as much damage as they can."

"These ten, from his own party, joined in the feeding frenzy," Graham wrote. "It makes you wonder what the thirty pieces of silver were that Speaker Pelosi promised for this betrayal."

According to The International Bible Society, the term "thirty pieces of silver" originated from Matthew 26:14-15, which reads:

Then one of the Twelve—the one called Judas Iscariot—went to the chief priests 15and asked, "What are you willing to give me if I deliver him over to you?" So they counted out for him thirty pieces of silver.

In the same post, Graham said the deadly riot at the U.S. Capitol on Jan. 6 was "a low point" in Trump's presidency, going on to say that he does not support or agree with some of the things Trump said in recent weeks.

"We knew he had flaws when he ran for office in 2016. But I, and millions of others, voted for him because of the platform and policies he promised. I still support those," Graham wrote.

Graham ended the post by saying he hopes President-elect Biden will "keep his word and work for unity as he has said."