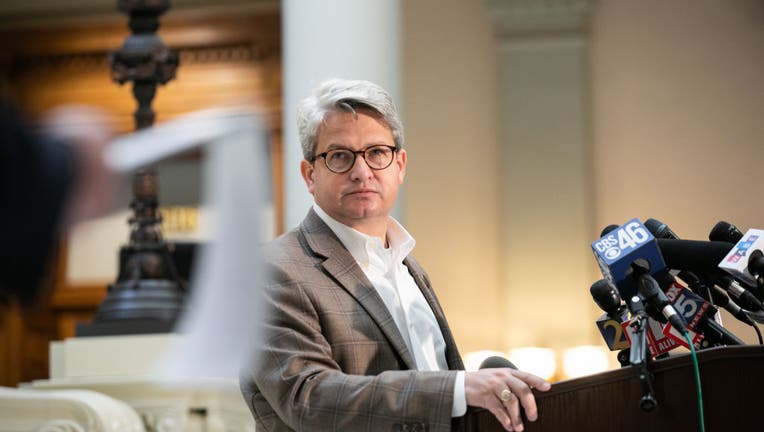 Gabriel Sterling, Voting Systems Manager for the Georgia Secretary of State's office, answers questions during a press conference on the status of ballot counting.

ATLANTA - One of Georgia’s top elections officials says he had to have police protection at his home after the certification of the state's presidential race.

On Twitter Saturday, Gabriel Sterling, the Voting Systems Manager for the Georgia Secretary of State's office, said that he has had to deal with "multiple attempted hacks of my emails, police protection around my home" and threats.

Despite the negativity and threats, Sterling, a lifelong Republican, said that he and the secretary of state's office would keep "following the law, following the process ... doing our jobs."

Sterling's statement about threats comes days after Secretary of State Brad Raffensperger told FOX 5 that he and his wife had received death threats concerning the election.

"What's really troubling about it is when threats actually came into my wife's you know cell phone," he said.

Friday, Raffensperger certified results reported by the state’s 159 counties that show former Vice President Joe Biden with 2.47 million votes, President Donald Trump with 2.46 million votes, and Libertarian Jo Jorgensen with 62,138. That leaves Biden leading by a margin of 12,670 votes, or 0.25%.

President Donald Trump’s campaign requested a recount of votes in the Georgia presidential race on Saturday, sending a hand-delivered letter to the secretary of state’s office.

A Trump legal team statement said: “Today, the Trump campaign filed a petition for recount in Georgia. We are focused on ensuring that every aspect of Georgia State Law and the U.S. Constitution are followed so that every legal vote is counted. President Trump and his campaign continue to insist on an honest recount in Georgia, which has to include signature matching and other vital safeguards.”

Shortly afterward, Raffensperger sent a written message to his deputy asking him to officially notify county election directors to prepare for the recount and to notify political parties so they could muster observers at the respective sites.

“This will be highly scrutinized so emphasize to the counties the importance of transparency and accuracy of the process,” Raffensperger said in his instructions to his aide.

The recount will be done using scanners that read and tabulate the votes. County election workers have already done a complete hand recount of all the votes cast in the presidential race. But that stemmed from a mandatory audit requirement and isn’t considered an official recount under the law. 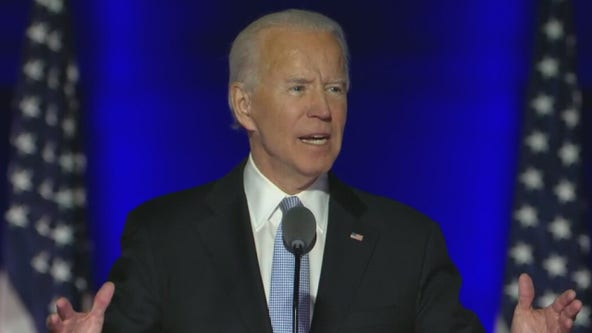