SANDY SPRINGS, Ga. - It was a daring rescue at the height of rush hour traffic. A Sandy Springs, Georgia police officer pulled a little kitten in the middle of traffic to safety.

Sandy Springs police said they received a report five kittens were tossed into traffic along Interstate 285.

"I'm actually driving on 285 east going past Highway 400. I think there were some cats that were dropped off of a truck and there are three of them in the middle of the six lanes and no one is stopping," a woman could be heard on a 911 call reporting the incident.

One of the little kittens was in the middle lane of I-285. Thankfully, the little guy was rescued, ironically, by Sandy Springs K-9 handler Officer Sean Hanse.

Officer Hanse then took the kitten, which they nicknamed “Mad Max,” to an area veterinarian and after being given a clean bill of health, was quickly adopted. 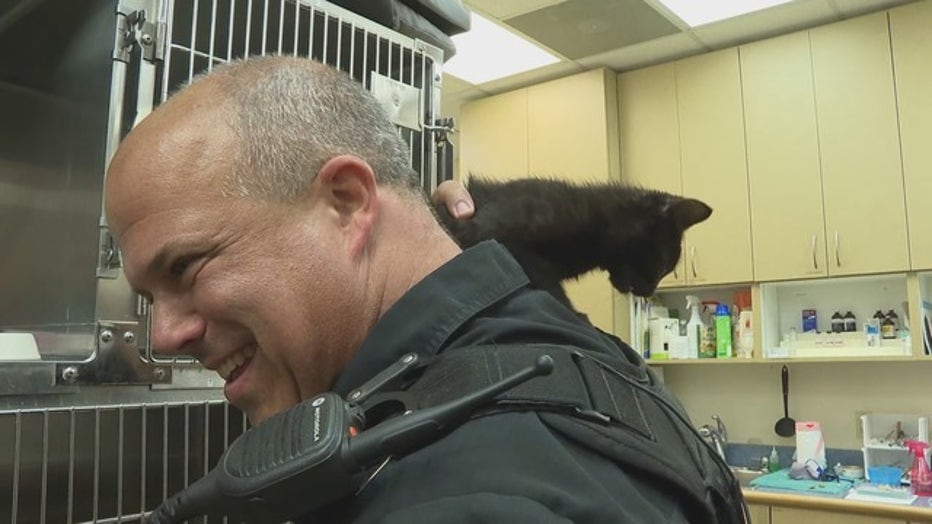 "He needs someone to love him," Cameron said. "Somebody didn't love him, and now we have an opportunity for somebody to really love him."

Mad Max will go to his new home after several weeks of close monitoring...which is perhaps good news for a slightly jealous K-9 "Igor," who has since been splitting Officer Hanse's attention with the irresistibly cute feline. 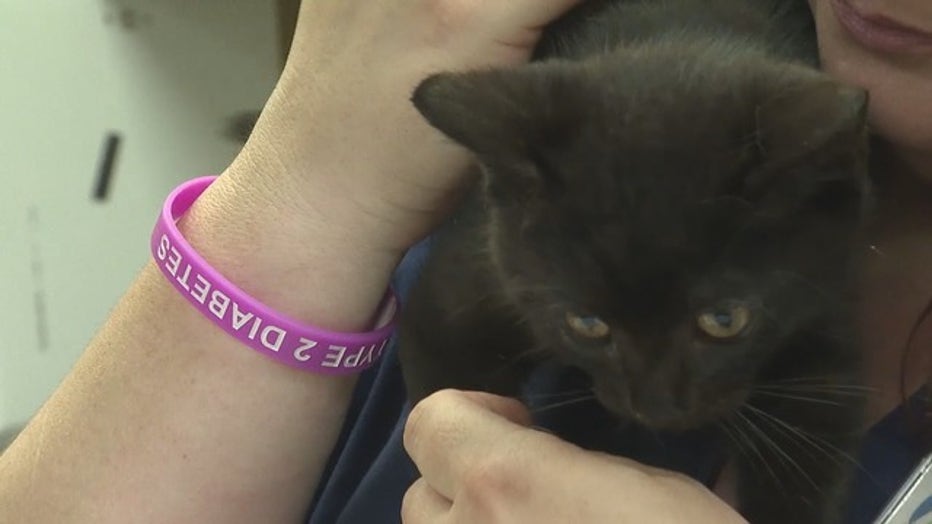 The Sandy Springs Police Department wants to find the person responsible for tossing those kittens into traffic. Anyone with information can call 770-551-6900 and can remain anonymous.