FOX 29's Bruce Gordon sat down with the schools' new leadership about plans for the future.&nbsp;

GLEN MILLS, Pa. State officials revoked licenses for the oldest reform school in the country back in April amid multiple state probes into allegations of child abuse at the Pennsylvania campus.

On Wednesday, FOX 29's Bruce Gordon sat down with Glen Mills Schools' new leadership about plans for the future. 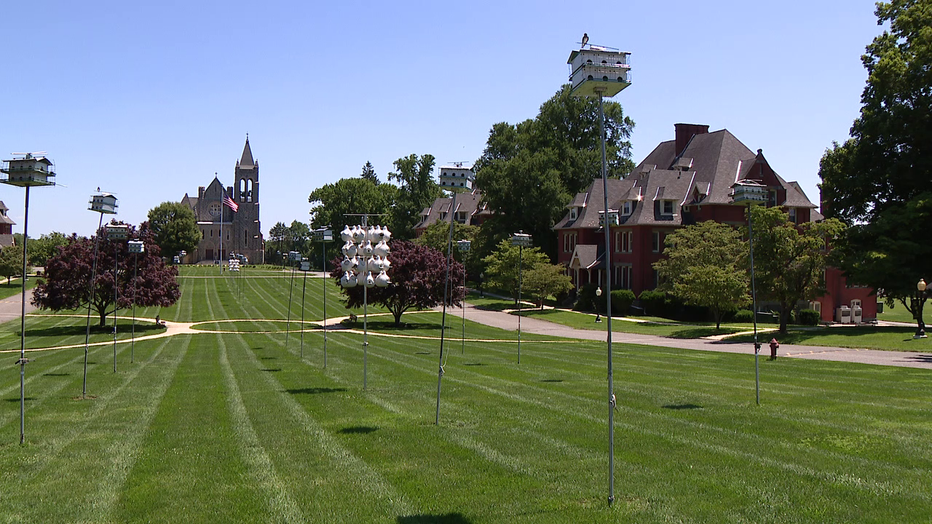 The students that once numbered nearly a 1,000 teens sent here as juvenile offenders are gone, but the new people in charge predict they’ll be back.

“We’re going to be able to go back to square one with a new program with a lot of new pieces to it," Glen Mills Schools board president Carolyn Seagraves said. "Better oversight, certainly?” FOX 29's Bruce Gordon asked. Seagraves replied, “Exactly.”

One of the nation’s oldest reform schools and once one of the most respected, Glen Mills was rocked in February by allegations that some staff had for years physically abused teens under their supervision. A state probe found staffers had “choked, punched, assaulted and slammed” kids whom they believed had misbehaved.

“We admit we’ve had some bad actors here and whenever we’ve had bad actors we have addressed it," Acting Executive Director Chris Spriggs said.

However, state officials said the school hasn’t done nearly enough. In April, the state revoked Glen Mills’ license to operate, citing “a culture of abuse, coercion and silence that ran deep at the school.” By then, Philadelphia and other jurisdictions across the country had already removed their students.

“Why didn’t you know?” Gordon asked. Seagraves responded, “Going back through the years, I had Glen Mills students at my Thanksgiving dinner table. Never did I hear that we were a House of Horrors that this was the culture.”

Now, on the almost empty campus because most of the staff has been laid off the new leadership is planning a comeback. McKinley Hall has been renovated as an example of new dorm rooms, game areas and recreational space all under the watchful eye of security cameras.

“You believe you can instill enough confidence in the appropriate folks to get this school back where it used to be?” Gordon asked. Spriggs replied,  “I do.”