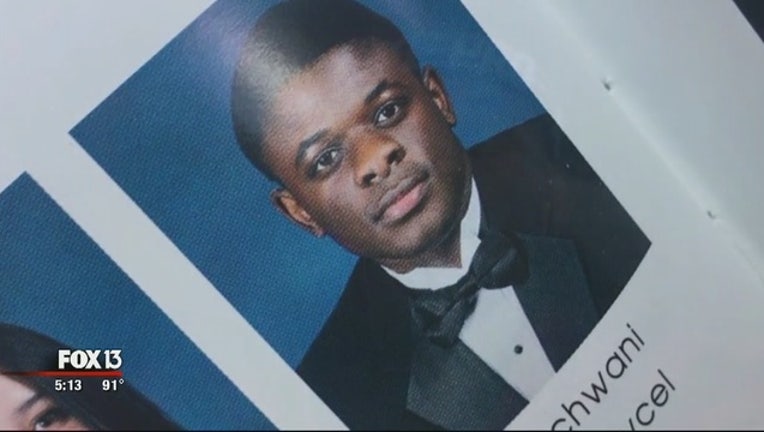 BRANDON, Fla. - Days after his son died unexpectedly, Rousseau Fleurival walked across the graduation stage to accept his son's diploma. The grieving father said he would have done anything to be in the audience instead.

Ridhwani passed away at home this past Thursday, just days before he was set to graduate from Riverview High School. The cause of his death is still unknown.

He had just finished classes and was ready to head off to college to study medicine. His father saw how hard he worked to earn that diploma.

“He worked really hard, and it’s very sad that in the last moments, a couple of days before he walked that stage, and he passed away,” Fleurival said.

He decided he would walk for his son.

“I didn’t think I was going to be able to walk to that podium, but I asked the almighty God to give me strength," he said.

The entire audience gave him a standing ovation as he walked, cap and gown in hand, to accept Ridhwani's diploma.

"When I saw that, my heart [went] off. I think my son really would have liked that," he said. "It was unexpected."

There was then a moment of silence.

Though the family is heartbroken, they said they are choosing to focus on happier times, and are leaning on one another for support.

“We’ll stand together as a family, going to weather this storm, going to get through it," said Peterson Mercegard, Ridhwani's cousin. "But he will always be remembered. His name will always live with us.”