No Wawa signs are posted all across the Cherry Hill neighborhood behind the shopping center where the superstore would go if approved by township officials.

CHERRY HILL, N.J. - Hank Gottlieb is among many in the Cherry Hill area against a proposed new super Wawa in the Barclay Farms shopping center along Route 70.

"Right down the road over there on Route 70 there’s one and there’s one right down here on Kings Highway. They’re all around yes and I don’t think we need another one," Gottlieb said.

"No Wawa" signs are posted all across the neighborhood behind the shopping center where the superstore would go if approved by township officials. Many say it would drastically increase traffic down their residential street and pose a safety risk with a gigantic fuel tank installed to pump gas. 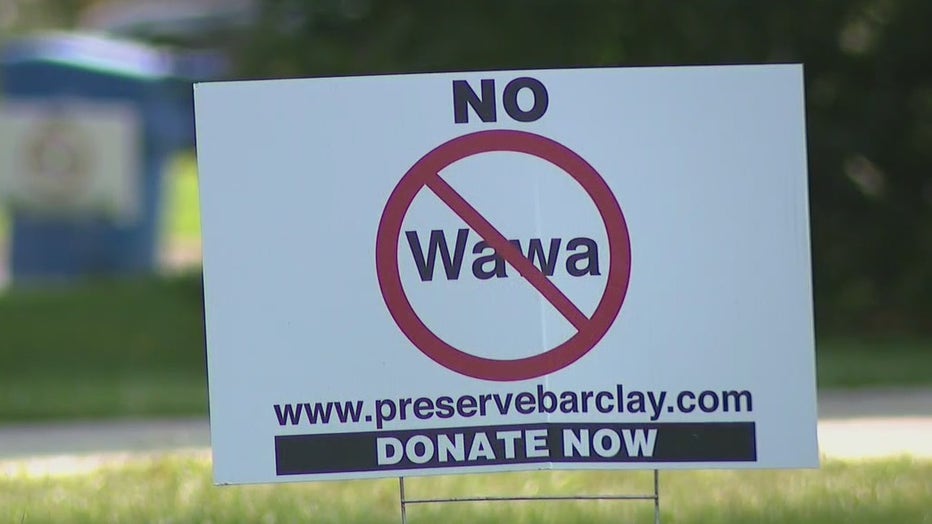 On the other hand, some residents are ready for the Wawa.

"It’s terrific. It’s on the way to the shore on 295 and the Atlantic City Expressway. More down to 73, out to 70, heading to the shore in the summer. I actually think it’s a pretty good idea," one resident said.

Jack Murray says Wawa must be doing something right with nearly half a dozen stores in the area, especially if it means replacing the smaller more antiquated stores like this one across the street.

"To get rid of the other small one over here. There’s usually a traffic jam. That will take care of that, get everybody over here," he said.

Cherry Hill leaders say the proposal will be taken up by the township’s planning board, though a spokesperson says the hearing has not yet been scheduled.

Both sides say they will be ready when that meeting rolls around.

"Everybody loves Wawa. It’s not a Wawa issue. It’s just adhering to the provisions set forth by the builder when this was created," Babcock said.