Hank finally gets his hands on the Popeye's sandwich.

PHILADELPHIA - Popeyes' chicken sandwich has returned, and so has the boundless enthusiasm surrounding it.

Cars were backed up onto the intersection at Haverford Road and City Avenue last Wednesday as the drive-thru line overflowed.

“It better be good,” said one driver. “This long of a wait? I been in this line half an hour.”

The only thing to do was go inside, where the line was more reasonable.

I tried both the spicy and original versions, which come with a spicy sauce and mayonnaise, respectively. Both were quite good, to my tastes. But they were still just chicken sandwiches.

“It’s not worth getting killed over,” one diner told me, referencing the recent fatal stabbing at a Maryland location. 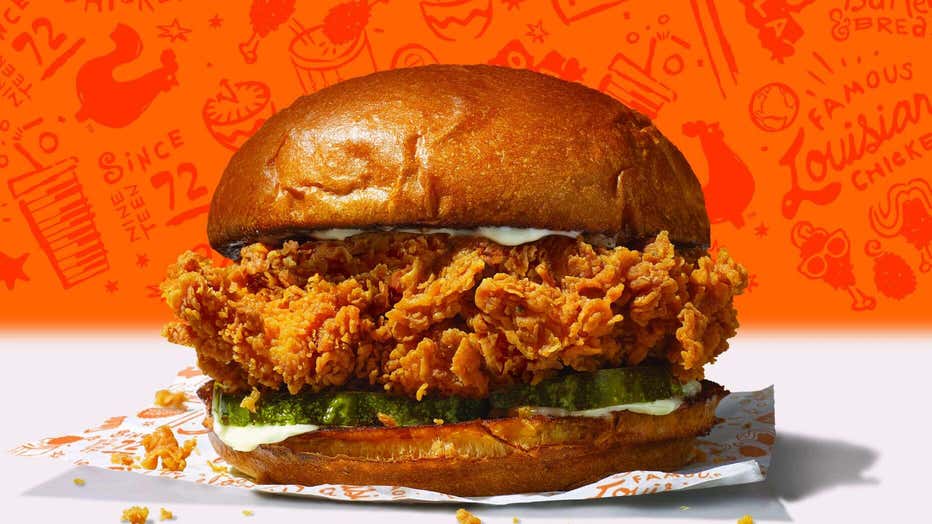 The sold-out sandwich, which features a buttermilk-battered and hand-breaded chicken filet on a toasted brioche bun, topped with pickles and either mayo or spicy Cajun spread, has returned.

There are numerous accounts of fisticuffs and dustups at counters and drive-thrus at Popeyes nationwide.

Gail Madison, of Madison’s School of Etiquette in Huntington Valley, was only just hearing of the scuffles.

“People have lost their perspective,” Madison told me over the phone. “I can’t even imagine. This is so horrifying.”

Civility ruled the day at this Popeyes location, as one woman, who had consumed several, told me the sandwich had lost something since the first go-around.