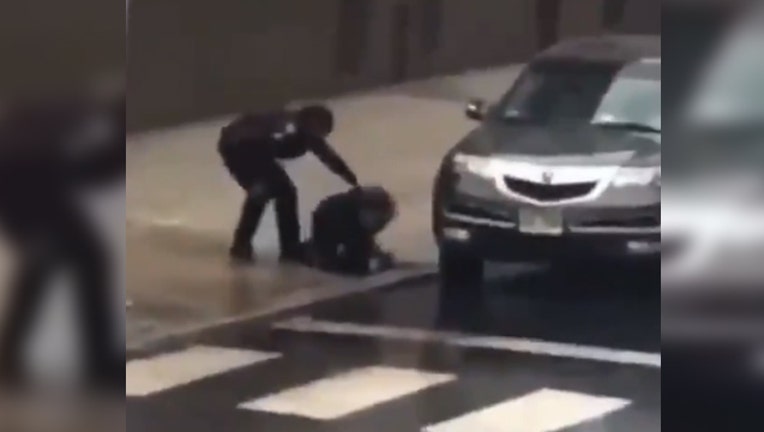 JERSEY CITY, N.J. - A harrowing video from the Jersey City shooting shows the moment one police officer risked her life to save her fellow officer.

Sergeant Majorie Jordan was one of the many officers that responded to Tuesday’s shooting.

As gunfire hailed down from the suspects, Sgt. Jordan was caught on video leaving her cover to run into the onslaught of bullets to rescue a fellow officer.

She grabs the officer, pulls him to safety, and leads him back to safety.

“Courage and bravery by so many,” the NJSPBA remarked about the footage.

The victims of Tuesday's shooting in Jersey City included a veteran police officer, a mother of three, a rabbinical student and a store employee.

Mayor Steve Fulop said surveillance video of the attack made it clear that the attackers deliberately targeted the kosher market, and he pronounced the bloodshed a hate crime against Jews, as did New York's mayor and governor.