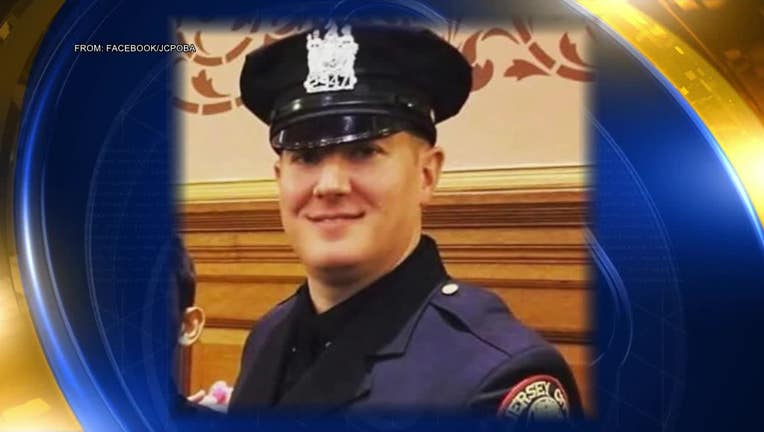 JERSEY CITY, N.J. - The victims of Tuesday's shooting in Jersey City included a veteran police officer, a mother of three, a rabbinical student and a store employee.

At a Tuesday evening news conference, Jersey City Police Commissioner Michael Kelly said Seals was on duty when he was gunned down at Bayview Cemetery on Garfield Avenue. But he did not know details of why Seals was there. “I just know he came upon bad guys and I’m not sure how he got there just yet,” Kelly said.

Seals was credited with saving a woman from a sexual assault inside her own home on Christmas Eve in 2008. According to a

Two of the victims were members of the tight-knit community of Satmar Hasidic Jews in Brooklyn. Police identified one of the victims as Mindel Ferencz, 31, a co-owner with her husband of the kosher grocery store where the shootings took place.

Mier Ferencz, brother-in-law of Mindel Ferencz, said the couple had moved to Jersey City about three years ago to be part of the small Orthodox Jewish community putting down roots there. He said his brother and sister-in-law have three children, the oldest of whom is 11.

“It's really building the ground stones of a future,” Mier Ferencz said. “I can't see why would someone disturb a decent family.”

Ferencz called his sister-in-law “dedicated, a real mother and a real wife.”

Rabbi David Niederman, the executive director of the United Jewish Organizations of Williamsburg, a large community service organization in the Satmar community in Brooklyn’s Williamsburg community, said the Ferencz family were among the first of about 75 to 100 Hasidic families from Williamsburg to move to Jersey City over the last few years.

"Mindel Ferencz, may she rest in peace, was a pioneer," said Niederman, who joined New York City Mayor Bill de Blasio at a City Hall news conference Wednesday. "She and her husband were from the first people who moved to Jersey City who could not afford a home for their growing family and figured let’s go to places where it’s cheaper and I’ll make an example. I’ll go there. I’ll open a grocery store so that families can go and shop locally, and therefore growing the community."

Niederman said he was up all night worrying about the couple's children.

“How long are these children going to live with their scars that are going to stay with them the rest of their lives," he said. "She was a lady full of love for others and unfortunately her life was cut so short.”

Moshe Deutsch, 24, was a rabbinical student who lived in Williamsburg but happened to be in the Jersey City store Tuesday, Niederman said. Deutsch was the son of Abraham Deutsch, a leader in Williamsburg's Satmar community. Niederman said Moshe helped his father organize a food drive that fed 2,000 families during Passover during the last several years. "The little free time he had he was busy helping others," Niederman said.

Niederman said a barrage of bullets went into the body of “a 24-year-old child." He broke down as he asked, "How can we as a community, as a people bear that?''

Shaya Bodenstein, 41, from Brooklyn, said he frequented the store and interacted with Rodriguez, who went by Miguel.

"He was a quiet guy, always helping," Bodenstein said, adding that if he needed to find something in the store and asked Rodriguez where it was, he would take him there personally.

Bodenstein said he thought Rodriguez had been working there somewhere between six months to a year.

This story has been corrected to show that the spelling of the name of one of the victims is Douglas Miguel Rodriguez, not Miguel Douglas.