PHILADELPHIA - A mother will honor her son as she throws out the first pitch during the Phillies Memorial Day game on Monday.

U.S. Marine Lc. Cpl. Marc Leeland Plotts died at the age of 20 in a training exercise while preparing to deploy to Afghanistan in 2010. He was the youngest of four brothers.

"He was the glue that held us all together," said Marc's mom Lee-Ann Forsythe, a veteran Marine and national service officer for American Gold Star Families.

Lee-Ann says "the only thing" Marc ever wanted to do was serve his country.

"Marc said Marine Corps before he said mom," she said.

He fulfilled his dream by becoming the third generation of Marines in his family, after his grandfather, mother and uncle. He died one month and seven days before his 21st birthday.

"Marc was the life of the party," Lee-Ann said. "Everyone was a friend he hadn't met yet."

On Monday, Lee-Ann will be one of 165 gold star families to be honored during the Phillies game on Memorial Day. She says Marc would have three things to tell her before she throws out the first pitch.

"You go momma; you're gonna do great and don't embarrass me." 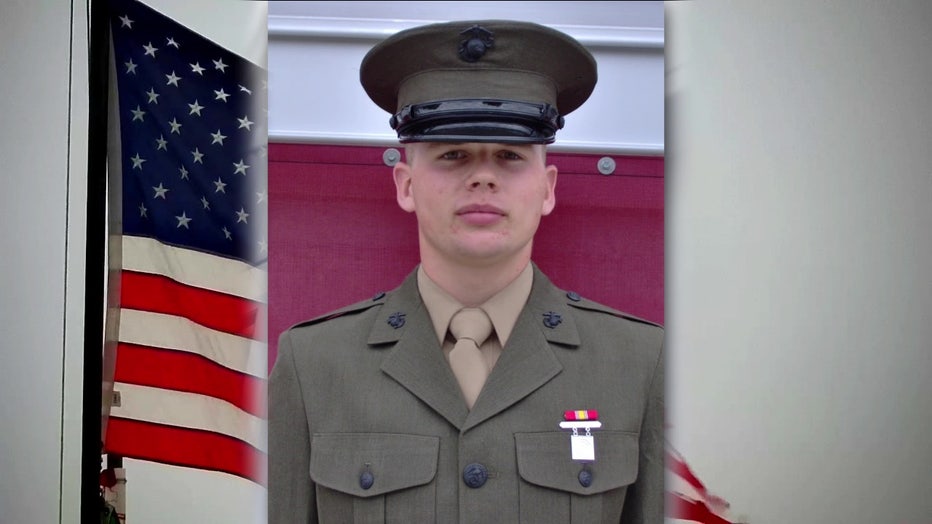 On this day of remembrance, Lee-Ann says to keep in mind the meaning of Memorial Day.

"Before you go to your picnics, and enjoy ball games, and spend the day celebrating life and the beginning of summer with family and friends, it's important to take a moment to teach children what today is about."

She hopes everyone will say the name of a service member this Memorial Day, so they will "never be forgotten."