The stamp's illustration is meant to symbolize the PTSD healing process.

The “Healing PTSD” stamp features a green plant sprouting out of the ground surrounded by fallen leaves. The illustration is meant to symbolize the PTSD healing process, the USPS said. 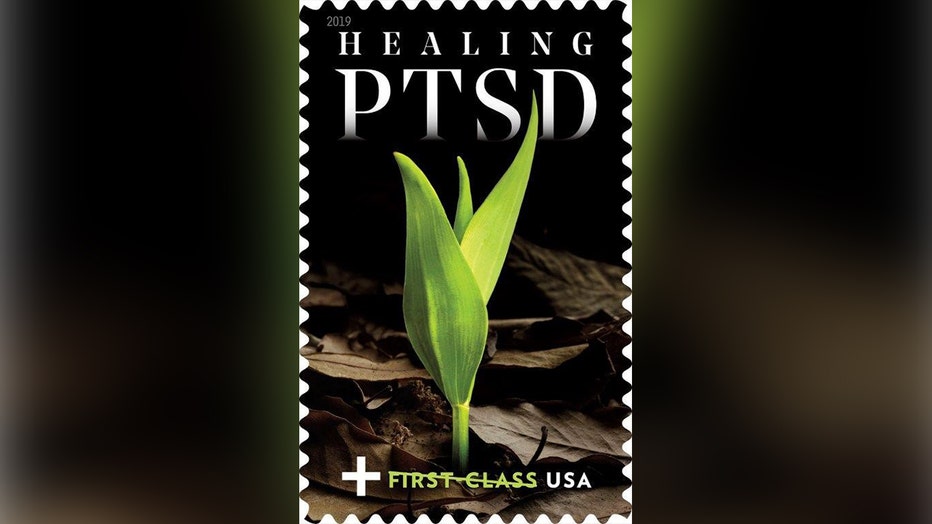 PTSD is a mental health condition that can occur in individuals, not just veterans, who have been exposed to a traumatic event in their lifetime.

About 8 million Americans are affected by PTSD annually, according to the U.S. Department of Veterans Affairs.

The Healing PTSD stamp retails at 65 cents, which includes the first-class single postage rate, as well as an additional amount to fund PTSD research.

Proceeds from the stamps will be distributed to the U.S. Department of Veterans Affairs.