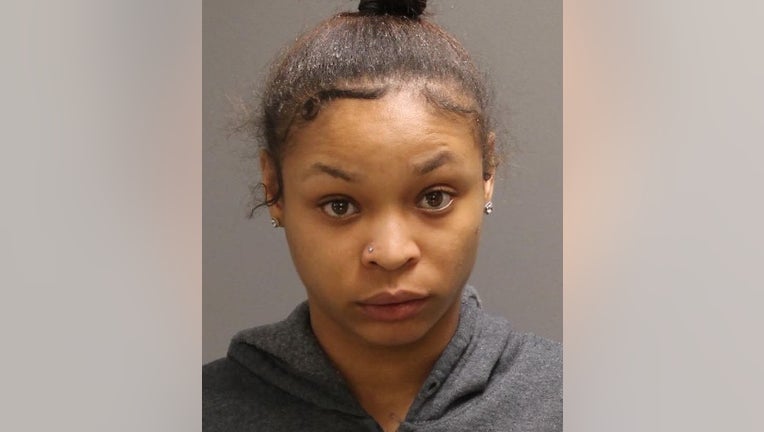 Jayana Tanae Webb, 21, has been charged with third-degree murder, homicide by vehicle while driving under the influence, DUI, and related charges in connection with the crash that occurred shortly before 1 a.m. in the southbound lanes of I-95.

PHILADELPHIA - The hearing for the woman charged in the death of two Pennsylvania state troopers and a pedestrian on I-95 last month is postponed after originally being scheduled for Tuesday.

Authorities say 21-year-old Jayana Tanae Webb was behind the wheel of an SUV when it plowed into Trooper Branden Sisca, 29, Trooper Martin F. Mack III, 33, and Reyes Rivera Oliveras, 28, on I-95 in Philadelphia.

The impact sent all three men over the median and into the northbound lanes. They were all later pronounced dead at the scene and Webb was taken into custody.

Webb faces more than a dozen charges in the incident, including three counts of third-degree murder, three counts of homicide by vehicle while driving under the influence, and two counts of second-degree manslaughter of a law enforcement officer. Sources have told FOX 29 since the crash that Webb had a blood alcohol level twice the legal limit when she was tested after the crash.

Law enforcement sources also say that Mack and Sisca had conducted a traffic stop involving Webb's SUV a short time before the crash, but that stop was cut short as they responded to priority calls to get Oliveras, who was walking on the highway. The initial stop lasted less than a minute, according to sources.

'All of us are grieving': Attorney for suspect in deadly crash on I-95 says client is 'devastated'

Jayana Tanae Webb, 21, faces more than a dozen charges, including three counts of third-degree murder, three counts of homicide by vehicle while driving under the influence, and two counts of second-degree manslaughter of a law enforcement officer. She is accused of fatally striking Pennsylvania State Troopers Branden Sisca, 29, and Martin Mack, 33, and a 28-year-old pedestrian Reyes Rivera Oliveras on I-95 in Philadelphia.

In a tweet from mid-January, Webb appeared to boast about her ability to drive while intoxicated.

Sources confirm investigators are looking into her social media.

Social media accounts also include posts promoting her small hairstyling business and appear to highlight her past as a Norristown High School graduate and competitive track and field athlete.

State troopers and the families of the two fallen troopers were seen walking into court ahead of the scheduled hearing that was later postponed.