What is the summer solstice?

The first day of summer and the summer solstice kick off on Sunday, June 20.

LOS ANGELES - Dangerous heat wave and drought continue to impact the western United States, placing much of the region under extreme drought conditions and in jeopardy of breaking more records.

More than 50 million Americans have been under excessive heat warnings this week, and about 40 million have experienced temperatures in the triple digits.

Heat warnings and advisories have been issued for large parts of Arizona, California, Nevada, Utah and New Mexico — where the city of Las Cruces opened cooling stations for residents and, particularly, the elderly and people at high risk for heat-related illness.

In northern California, Wednesday's high temperatures kicked off a stretch of hot days in the Bay Area.

Daytime highs Wednesday and Thursday in the Bay Area soared to temperatures between 98°F - 108°F inland, with temperatures in the 80s near the coast. 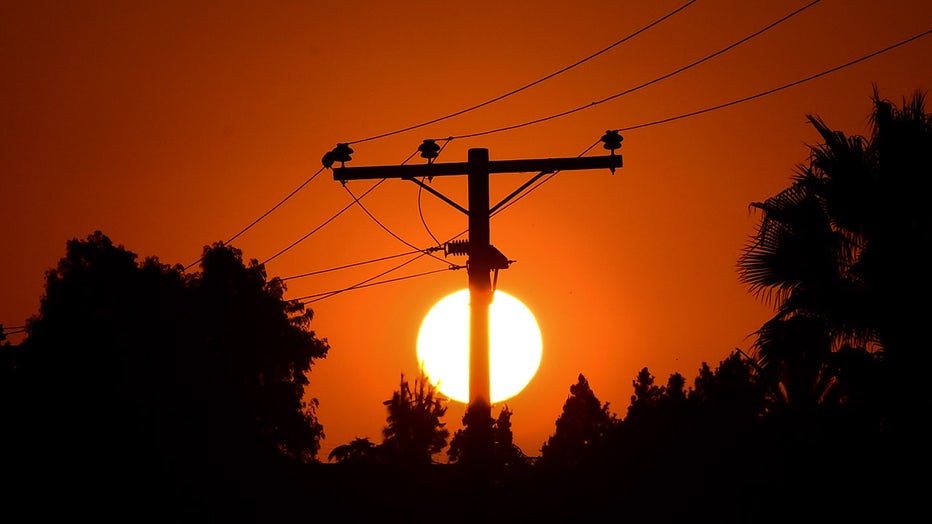 The sun sets behind power lines in Los Angeles, California on September 3, 2020, ahead of a heatwave to arrive September 4 through the Labour Day weekend prompting a statewide flex alert. (Photo by Frederic J. BROWN / AFP) (Photo by FREDERIC J. BROWN

Death Valley, California is predicted to have forecast highs between 125 and 126 degrees through Saturday, just a few degrees shy of its highest June temperature on record of 129 degrees, set in 2013.

And with temperatures soaring across the state, a Flex Alert calling on residents to voluntarily cut their power use will be in effect Thursday and Friday evenings in hopes of reducing strain on the state's power grid.

"It’s essentially a call for action for all Californians to conserve energy between the hours of 5 and 10pm," said Tamar Sarkissian, PG&E Spokesperson.

The California Independent System Operator (CAISO) issued the alert asking residents to set their thermostats to 78 degrees or higher and avoid using washers, dishwashers, and other major appliances. 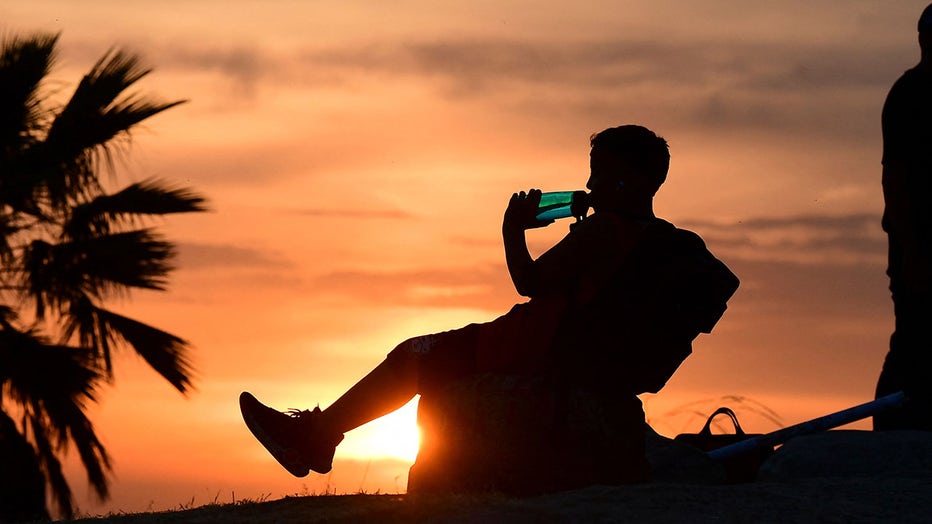 People view the sun set as a child drinks from a water bottle on June 15, 2021 in Los Angeles, California as temperatures soar in an early-season heatwave. (Photo by Frederic J. BROWN / AFP) (Photo by FREDERIC J. BROWN/AFP via Getty Images)

On Wednesday, California Governor Gavin Newsom said that grid strength is being monitored, but PG&E said a heat outage could be possible.

"With the temperatures so high overnight there might not be an opportunity for equipment to cool down overnight and that’s when you sometimes see outages," said Sarkissian.

While blackouts are not expected, if equipment gets too hot, a heat outage could happen. So, keep your flashlights charged and handy.

Officials with the National Weather Service said Phoenix had hit 118°F on Thursday, breaking a high-temperature record that was set in 2015.

"This is now the 3rd consecutive day Phoenix has tied or set a daily record high," NWS tweeted.

An Excessive Heat Warning was issued for 14 Arizona counties and has been extended. It is currently scheduled to expire on June 20 at 8 p.m.

The warning "means that a period of very hot temperatures, even by local standards, will occur," the weather bureau in Phoenix said.

The Salvation Army announced Friday it would activate 11 heat relief stations in metro Phoenix where people can get water and cool off in buildings with air conditioning.

Thursday also marked six days in a row with highs of 110°+ in Tucson, Arizona, the state’s second-largest city. This ties the current record set back in 1994.

The National Weather Service is asking those impacted by the heat wave to stay in air-conditioned buildings if possible.

Emergency physicians say they see it often when temperatures are on the rise: heatstroke. They say heatstroke, more severe than heat exhaustion, will make someone very sick, weak, and unable to walk.

"If they feel they're getting illness related to too much heat, we'd rather they come in early and have it be a false alarm because that's when we have the opportunity to treat," said Dr. Ronn Berrol, Emergency Director of Summit/Alta Bates.

While home is often a cool place to duck out from the sun, with AC handy, PG&E is asking Bay Area residents to follow the Flex Alert.

It’s also important to limit outdoor activity during the hottest part of the day — the afternoon hours.

The NWS also suggests checking in with at-risk friends, family and neighbors.

Lastly, make sure to drink water before, during, and after working or exercising outside.

The combination of the heat, low humidity and wind gusts have increased the threat of wildfires in the West.

According to the U.S. Drought Monitor, exceptional and extreme drought persists in the West.

RELATED: Summer solstice 2021: Why it’s the start of season, longest day of year

"Drought + high temps can dry out soils/vegetation and increase #wildfire potential and this heat wave has broken records across the drought-stricken West," NIDIS wrote.

Thursday's fire outlook from the NWS also showed the threat for dry lightning, which could ignite fires — especially under such dry conditions.

When will the heatwave end?

The current heat wave is due to a high-pressure system expanding in the West causing temperatures to climb to record-breaking levels.

Temperatures are expected to begin to drop slightly this weekend into early next week thanks to an increase in moisture and possibly storm activity in some areas.

While we may not see broken records, highs in many areas are still expected to remain above average.