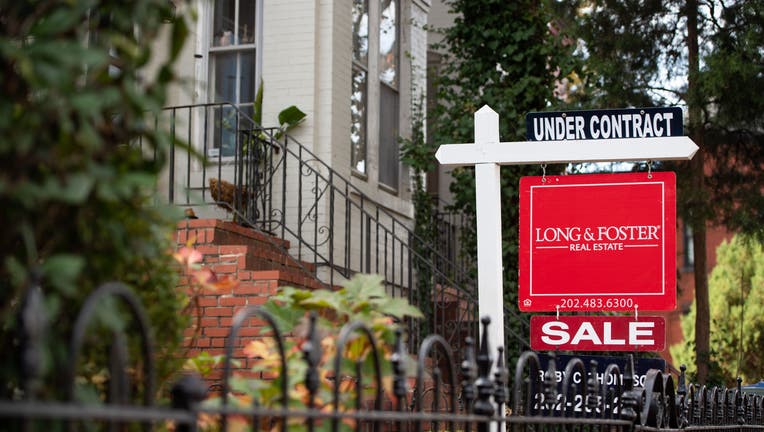 A house's real estate for sale sign shows the home as being "Under Contract" in Washington, DC, November 19, 2020. - The US real estate market is booming even as the coronavirus crisis intensifies, and the seemingly insatiable appetite for new and ol

Homes are getting snatched off the market at a record pace despite rising home prices and mortgage rates, according to a new Redfin report.

About 59% of homes that went under contract had an accepted offer within two weeks of hitting the market, an-all time high since the real estate brokerage began tracking the data in 2012.

In the week ending on March 28, 61% of homes sold in two weeks or less, according to the data. Meanwhile, just under half of all homes, about 47%, that went under contract accepted an offer within one week, an increase from 33% from a year ago.

At the same time, the report revealed that active listings fell 42% from the same period in 2020, which is an all-time low.

Still, more than 40% of homes sold above the original asking price, an all-time high, and roughly 16% higher compared to a year earlier, according to the data.

The median home-sale price was $335,613, another all-time high and an increase of about 17% compared to last year.

However, as prices are rising, so are mortgage rates. The rate for a 30-year mortgage increased to 3.18%, the highest level since June.

The uptick in prices and increase in mortgage rates coupled with the "dwindling number of homes for sale" has made it harder for some to find an affordable home, according to Redfin chief economist Daryl Fairweather.

"Looking ahead, Biden's infrastructure plan aims to incentivize zoning for multi-family homes, which could increase the supply of affordable homes and provide even more people a path to homeownership," Fairweather said.

However, "there is no guarantee the incentives would be enough for local governments to change their zoning practices," he added.

Redfin analyzed 400 U.S. metro areas during the four-week period ending March 28 for the data. However, the brokerage cautioned that the comparisons in the report "don't necessarily reflect how the housing market has changed over the past year" due to virus-related restrictions.

"Year-over-year comparisons may more reflect the fact that this time last year, stay-at-home-orders halted both home-buying and selling activity," the brokerage noted.