Police searching for mother of baby abandoned in Upper Darby

Police say an hours-old newborn found abandoned on the porch of a home in a Philadelphia suburb is doing OK. FOX 29's Bill Anderson has more from Upper Darby.

UPPER DARBY, Pa. - Upper Darby police are asking for the public's help in finding the person who abandoned a baby girl.

The baby was found on the 100 block of Englewood Road around 12 p.m. Tuesday.

"What's up baby,” said Terrell Phillips as he recorded video of an unbelievable and emotional moment.

But how Daley found the baby girl is disturbing.

"To come home from work in the middle of the day and find a baby on your back steps is just crazy,” said Daley.

“She was right there between the door and the screen," said Daley as he pointed to the spot. He said his neighbor Phillips stopped him and pointed to the baby on the side porch of Daley's home. 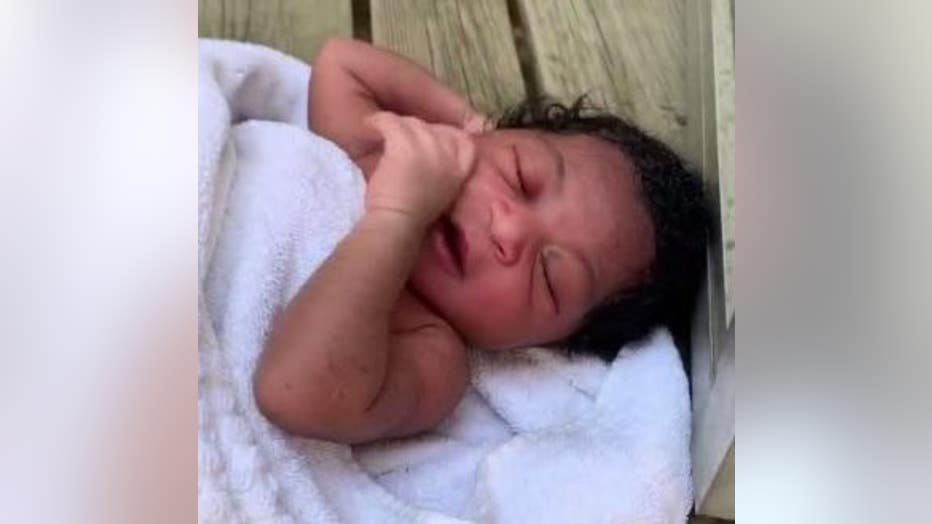 “He said, Mr. Tom what is this?' I said, 'What you are talking about?' So I walked back, and he said there’s a baby here. I said, 'A baby?' It is a baby. She started crying. I picked her up and held her. It felt good, as a parent, holding this child. She stopped making noise and she became very quiet,” said Thomas, who immediately called police.

Phillips says he just wants what is best for the little girl.

“I was in the right place at the right time. I’m not looking to be called a hero. I just want the best for the little girl,” said Phillips

He says he celebrated his birthday Monday and coming out to find this newborn the very next day he believes was meant to happen.

“I’m hoping the best for her. I want her to be able to grow up and live and not have to be caught in the environment she once was in. I feel like everything happens for a reason," he said.

Police are looking for surveillance video from cameras in the area that might hold clues about who dropped off the baby. They remind families of the Newborn Protection Act, also known as Safe Haven. It allows a parent of a newborn to leave a child in the care of a hospital or a police officer at a police station without being criminally liable as long as the child is no older than 28 days and is not harmed.

If you have any information, please contact Upper Darby police at 610-734-7693 with tips or email socialmedia@udpd.org.