A bill that aims to extend support until 2090 for 9/11 first responders and survivors through the Victim Compensation Fund was passed by the House Judiciary Committee in a unanimous vote Wednesday.

WASHINGTON D.C. - The House Judiciary Committee voted unanimously to reauthorize the September 11th Victim Compensation Fund Wednesday. The bill will guarantee support for sick first responders and survivors of the Sept. 11, 2001 terrorist attacks until 2090, but it still needs to pass the House and Senate.

The vote occurred one day after Jon Stewart made an impassioned plea tinged with scathing criticism to members of Congress, during which he noted a significant absence of committee members, saying, “I can't help but think what an incredible metaphor this room is...Behind me, a filled room of 9/11 first responders, and in front of me, a nearly empty Congress... shameful.” 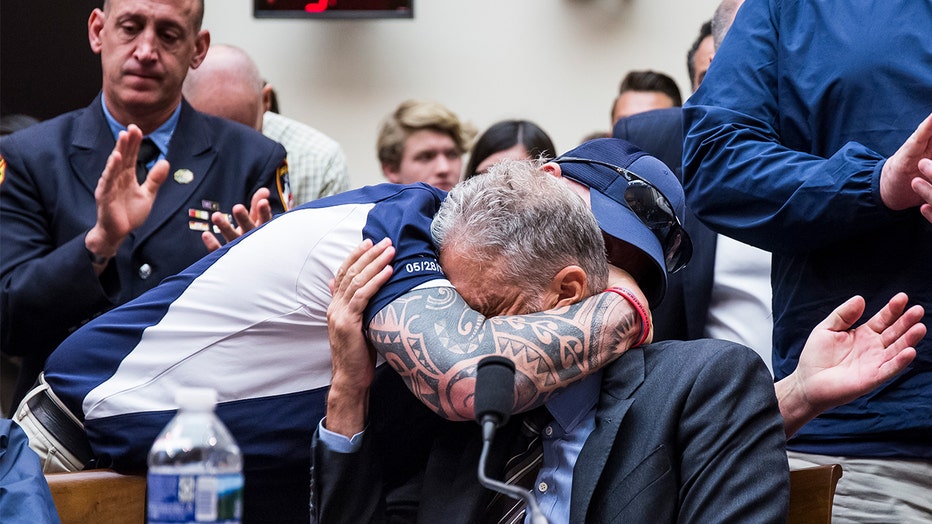 In his opening statements during the Tuesday committee hearing, Chairman Jerry Nadler, Congressman from the 10th District of New York, shared photos from the day of the attacks and the time immediately afterward which depicted the overwhelming levels of toxic pollution that filled the lungs of first responders and survivors.

“In the days following the attack, a problem arose,” Nadler explained, “The EPA insisted, contrary to ample evidence, that the air in Lower Manhattan and Brooklyn was 'safe to breathe.' That was a lie.”

The VCF has been inundated with more claims than it can fund recently as more first responders and survivors are experiencing delayed illnesses. There were more claims filed since 2017 — over 24,000 — than in the first five years of the fund's existence combined, during which a total of 19,000 claims were filed.

In February, the fund's administrator, Rupa Bhattacharyya, issued a statement warning that the VF was running out of money given the increasing number of incoming claims in comparison to the remaining budget.

“The VCF must make significant reductions in awards, and these reductions will affect all claims for which a determination has not yet been made, regardless of when the claim was filed,” Bhattacharyya continued, “I am painfully aware of the inequity of the situation.”

The current legislation, which was renewed in 2015 and has thus far provided $7.4 billion in funding, is set to expire in 2020.

Nadler said the five-year authorization was insufficient, arguing, "We know all too well that people who are sick now will only get sicker and many will die... Nearly 11,000 responders and survivors have been diagnosed with cancer to date, a number which will only go up.”

Though the new bill specifies that government support would be provided until 2090, it does not denote a specific amount of funds to be distributed.

The bill will head to the House first, and then to the Senate if it passes.

During a news conference Tuesday, Senate Majority Leader Mitch McConnell was asked if he supported reauthorizing the fund, to which he responded, “Gosh, I hadn't looked at that lately. I'll have to.We've always dealt with that [VCF] in the past in a compassionate way, and I assume we will again.”

During his statements, Nadler zeroed in on the responsibility of lawmakers to support first responders and survivors, saying, “It was the federal government that lied when it told everyone it was safe to return to lower Manhattan, when they knew that it was not. Now, the federal government must bear the burden to care for and support all people affected by the September 11th attacks and their aftermath.”