A 6-year-old boy' first day of school T-shirt has gone viral and has now been seen worldwide.

FAYETTEVILLE, Ga. - A 6-year-old boy' first day of school T-shirt has gone viral and has now been seen worldwide.

Blake Rajahn asked his mother to print a special message on his shirt. It was short and sweet, very sweet: "I will be your friend."

Now, the family is raising money for charity and spreading Blake's anti-bully message. Anyone can buy Blake's special T-shirt at his mom's online store. Portions of the proceeds going to charity.

The little boy who opened his heart to classmates is now spreading his message to others outside his school. FOX 5's Doug Evans met Blake and his mother Nikki at a Fayetteville park after school, a week after his first day of class when his shirt said everything he wanted his classmates to know on his first day of first grade. 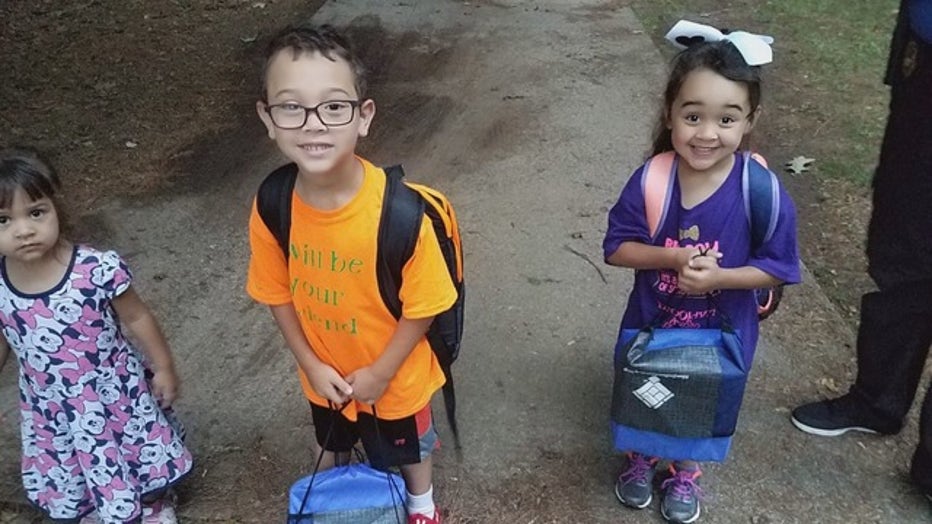 "My shirt said that ‘I will be your friend,'" Blake said.

"He has always had a heart for others," said his Nikki.

It's been a couple of weeks since mom Nikki posted on Facebook about how proud she was of her first-grader. She offered Blake a chance to wear any new back-to-school clothes. He wanted a T-shirt that said, "I will be your friend."

Like a lightning bolt, his message struck loud and burned bright in the hearts of others. Over 1,800 comments on Facebook and over 9,000 shares. Over 19,000 Facebook Likes as social media then did what it often does, shining a spotlight on the smallest of heroes. From his hometown newspaper to national TV networks, Blake's message now #iwillbeyourfriend has been seen by millions, reaching far beyond the walls of his class at North Fayette Elementary School.

"It was just the timing too since it came so close after what happened in El Paso," Nikki said referring to the Walmart mass shooting that killed 22 people.

Nikki is a stay-at-home mom who had already started a small online gift business with printed messages. Her Unfading Adornments is now selling Blake's T-shirt. It comes in all kinds of styles and colors with proceeds going to a charity, the Real Life Center in Fayette County.