Barge removed from under I-676 bridge

A tugboat was able to relocate a barge that became wedged under the I-676 bridge during Tropical Storm Isaias.

PHILADELPHIA - Officials on Thursday used a tugboat to free a construction barge that became wedged underneath the Vine Street Expressway Bridge after it broke free from its moorings during Tuesday's tropical storm.

I-676 lanes reopened to traffic in both directions early Thursday afternoon.

The Vine Street Expressway Bridge had been closed to Interstate 676 traffic in both directions since Tuesday night, forcing drivers to find alternate routes in the city. 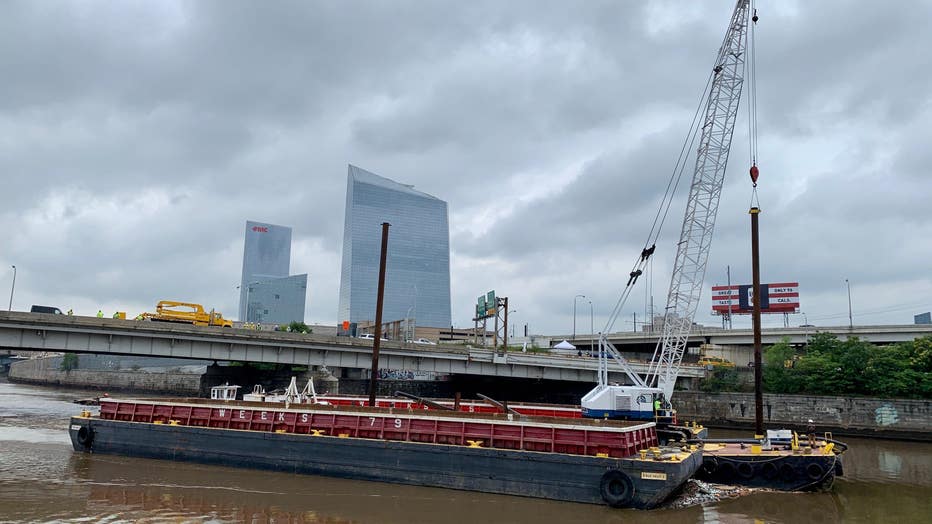 The Army Corps of Engineers was using the barge to dredge the Schuylkill River above the Fairmount Dam, when it came loose in the rain-swollen river during Isaias on Tuesday.

It has now been moved back to its original location on the river.

Inspectors have not found any serious structural damage to the span, transportation officials said. A bracket that was bent will need to be replaced after the barge is freed, officials said, but that was not threatening the bridge.

MORE: I-676 to remain closed until Thursday after barge wedges underneath bridge

“There were some minor structural issues that were discovered with the bridge, but nothing that compromises the structural integrity of the bridge itself. We are going to do further inspection,” explained Kenneth McCalin, District Executive with PennDOT.

Kelly Drive and Martin Luther King Drive were also closed due to flooding on Wednesday, but reopened to traffic Thursday morning. 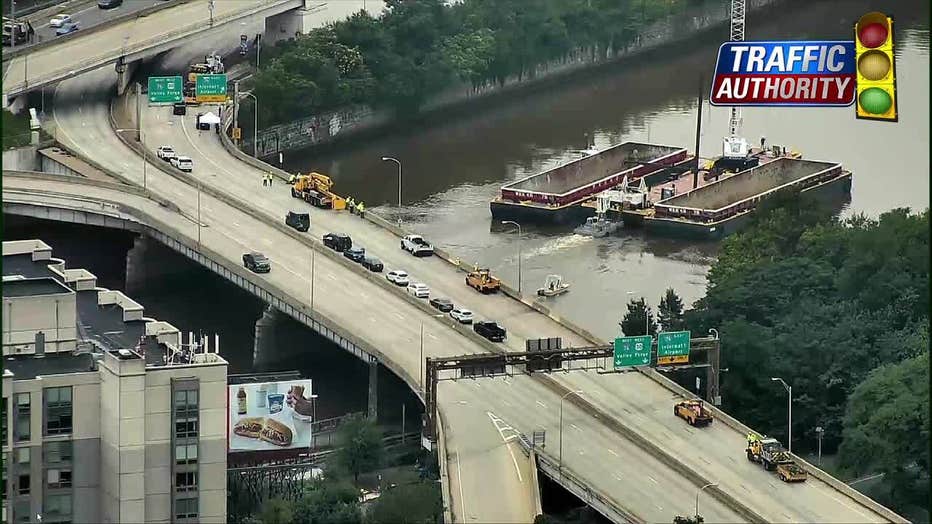 SEPTA resumed commuter rail service that was suspended as a precaution when the barge hit the bridge, but service has since been restored.