'I'm going to miss him': Family heartbroken after teen killed by driver in stolen SUV

James Sanders, 16, was fatally struck by a half-naked and likely impaired driver of a stolen SUV Wednesday night in Philadelphia.

PHILADELPHIA - The heartbroken family of a Philadelphia teen who police say was fatally struck by a driver in a stolen SUV shared their grief hours after his death.

James Sanders, 16, and a 21-year-old man were struck by a suspected impaired driver in the crosswalk of 44th street and Lancaster avenue around 10 p.m. Wednesday.

Tasha Sanders-Diggs, the boys mother, said she ran to her gravely injured son after he was struck. 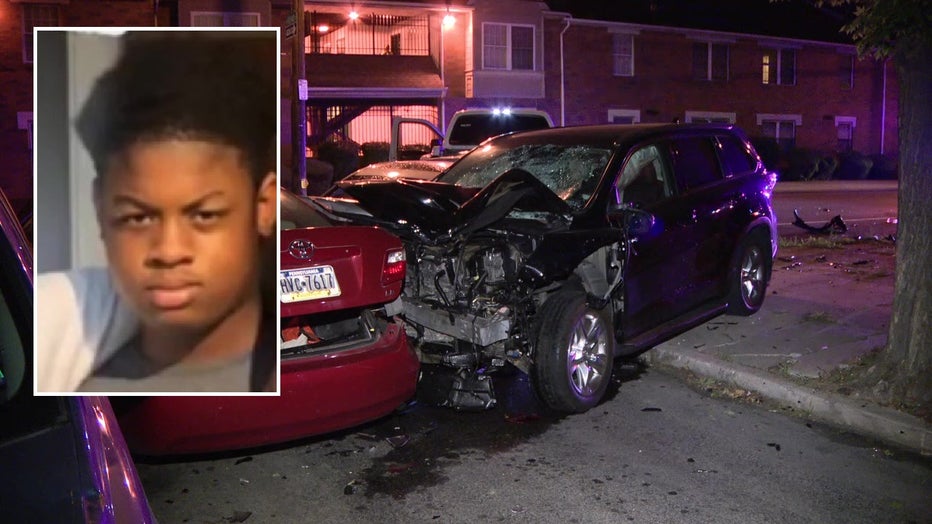 James Sanders, 16, was fatally struck by a driver in a stolen SUV Wednesday night in West Philadelphia.

"I thought me running to him, that I can help, that he could feel me next to him, and he’ll be okay," Sanders-Diggs told FOX 29's Jeff Cole. "I kept saying ‘James just push. James just fight, James-push, fight’."

Sanders was rushed to a local hospital where he later succumbed to his injuries. The second pedestrian hit suffered a broken ankle.

"I’m hurt knowing I’m not going to have my little brother to see every day, to wake up to," James's brother Tabb said. "I'm going to miss him."

Chief Inspector Scott Small told reporters the Semaj Adams, a Philadelphia resident, was "completely naked from the waist down" when he was arrested.

Authorities later learned the SUV, a Toyota Highlander, was stolen from the Melrose Park section of Cheltenham about 15 minutes before the deadly crash.