FOX 29's Lauren Dugan has the latest on a milestone for Camden County in the fight against COVID-19.

CAMDEN - Camden County says they have given out over 100,000 vaccines county-wide, including first and second doses. As the FDA announced the approval of Johnson and Johnson's single-dose COVID-19 vaccine, County commissioners say appointments may be moved up to a faster timeline.

But for some families, getting shots into people’s arms can’t come fast enough.

"I never in a million years thought this could happen to my family," Amanda Heise said. "And it did. And it’s been awful. And I wouldn’t wish it on anyone."

Amanda Heise is preparing to bury her father, a well-known face that will be missed in Mantua Township. 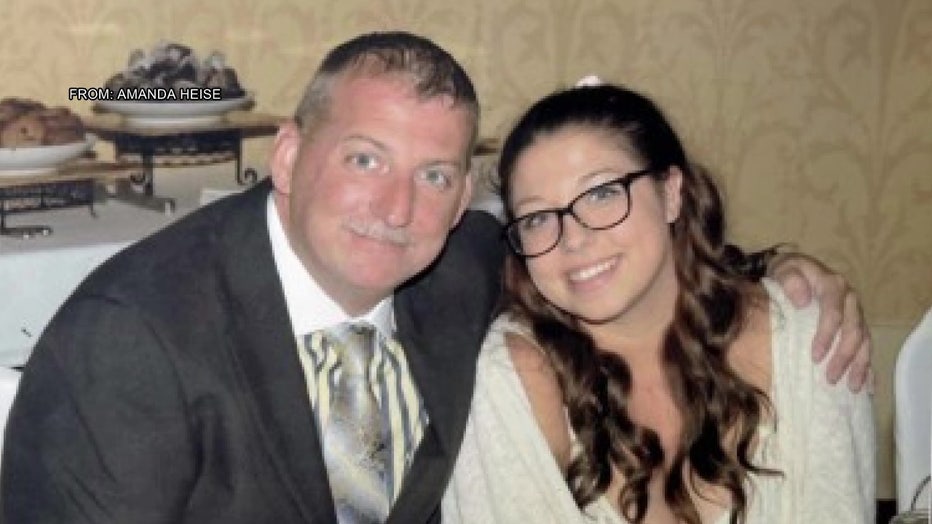 Jimmy Heise Jr. packed a lot of life into his 55 years. The father of four was an army veteran, serving in Desert Storm.  He also worked as a corrections officer at Trenton State Prison, served as Vice President in one of New Jersey’s largest police unions, and still found time to coach youth sports.

She drove her dad to the hospital in early December and didn’t realize that was the last time she would see him. At 55-years-old and with no underlying health conditions, Jimmy fought COVID-19 for over two months until he died on February 17th.

"It was a waiting game, we just hoped his lungs got better, and he never really recovered," Heise said.

Meanwhile in Camden County spokesperson Dan Keashen tells FOX 29 over 100,000 shots have been given across the county. The newly FDA-approved Johnson and Johnson vaccine could make a difference and move appointments faster.

"The vaccine is our best weapon against COVID-19," Camden County Commissioner Jeffrey Nash said. "We are cautiously optimistic that as we get more vaccines people will be moved up."

While many New Jersey neighbors hustle to make appointments, the Heise family wishes their father was given the same chance.

"My message personally would be to do your part. Wear your mask. If you have a chance to get the vaccine, get it. Trust the science," Heise said.