Dramatic footage from the Missouri State Highway Patrol captures the moment an impaired driver nearly struck a state trooper, hit another car, then flipped his vehicle.

A Missouri State Highway trooper was patrolling Interstate 70 in Boone County, Missouri on June 5 when they were nearly involved in a crash, the department said on Twitter.

Video footage from the trooper’s dashcam shows an ordinary highway when, out of nowhere, a car is seen narrowly missing the trooper’s cruiser and flying through the median, almost flipping onto its side after hitting another vehicle. 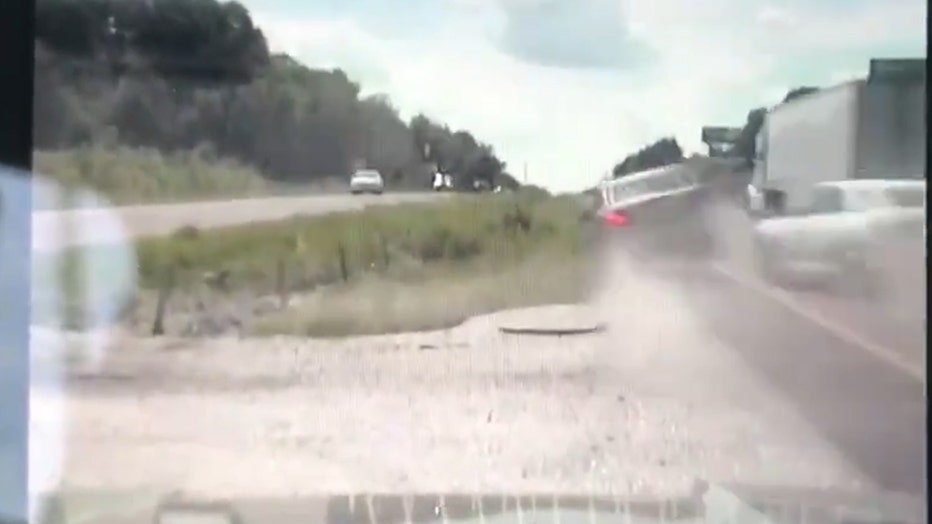 Dust swirls up as the car disappears out of sight and the other vehicle that was hit swerves and eventually stops on the roadway.

The state trooper then proceeds to drive slowly forward and as the dust settles, a car is seen flipped onto its roof in the middle of the interstate.

The driver of the flipped vehicle was transported to a hospital with minor injuries, police said.

The driver, only identified as a male, was arrested for driving while impaired. The other driver of the car that was hit was not injured.