Investigation into shooting that injured 8 ongoing, as officials work to curb violence

PHILADELPHIA - Authorities are asking for the public's help in their ongoing investigation into a shooting that left eight people injured near the Olney Transportation Center last week.

The shooting occurred in broad daylight on the north side of Olney Avenue at Broad Street around 3 p.m. Wednesday.

According to police, the gunshot victims range in age from 17 to 71 years old and all are expected to survive.

SEPTA Police Chief Thomas Nestel says three SEPTA police officers were assigned to the Olney Transportation Center and ran towards the scene when the shots rang out. They were able to assist four of the victims in getting to the hospital by ambulance and by patrol car.

Three other victims were also transported to nearby hospitals and an eighth victim was later identified when he walked into Albert Einstein Medical Center with a graze wound to his stomach. 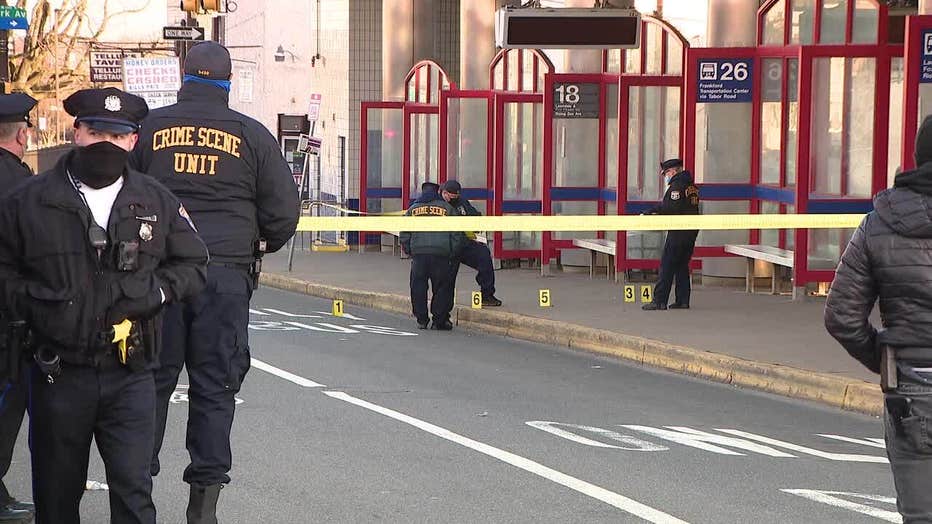 Philadelphia police say two people were stopped during the police response to the shooting and were found to be illegally carrying firearms. While they were charged with weapons offenses, authorities say neither one of them has been linked to the shooting at this time.

"We know we need the public's help to connect all of the pieces," said Philadelphia Police Chief Inspector Frank Vanore. "So what we're asking for, we're collecting video, we're collecting other evidence, not only from that area but we're going to other areas. We know people have Ring cameras, they have cameras connected to vehicles, cellphones. If someone captured something that day, we urge them to give Northwest Detectives a call."

While police say they arrested two people with illegal firearms on the day of the incident, neither one of them has been linked to the shooting that sent 8 people, ranging in age from 17 to 70, to area hospitals last Wednesday.