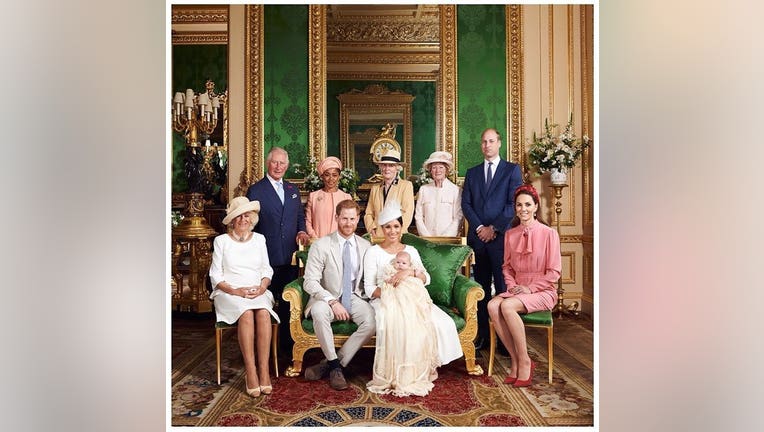 ENGLAND - It was a (royal) family affair for the christening of Prince Archie.

The Windsors shared two photos from the private service Saturday at Windsor Castle outside London.

Prince Harry and Meghan Markle say they will not reveal Baby Archie's godparents.

Archie wore a lace and satin christening gown — a replica of one made for Queen Victoria's eldest daughter — that was also used for his cousins Prince George, Princess Charlotte and Prince Louis.

The family posted a series of photos from photographer Chris Allerton on their official social media account.

"This morning, The Duke and Duchess of Sussex’s son, Archie Harrison Mountbatten-Windsor was christened in the Private Chapel at Windsor Castle at an intimate service officiated by the Archbishop of Canterbury, Justin Welby.," the caption reads.

"The Duke and Duchess of Sussex are so happy to share the joy of this day with members of the public who have been incredibly supportive since the birth of their son. They thank you for your kindness in welcoming their first born and celebrating this special moment. Their Royal Highnesses feel fortunate to have enjoyed this day with family and the godparents of Archie."

"Their son, Archie, was baptised wearing the handmade replica of the royal christening gown which has been worn by royal infants for the last 11 years. The original Royal Christening Robe, made of fine Honiton lace lined with white satin, was commissioned by Queen Victoria in 1841 and first worn by her eldest daughter. It was subsequently worn for generations of Royal christenings, including The Queen, her children and her grandchildren until 2004, when The Queen commissioned this handmade replica, in order for the fragile historic outfit to be preserved, and for the tradition to continue," it concluded.

Archie's uncle and aunt, Prince William and his wife Kate Middleton, were featured in the photo. 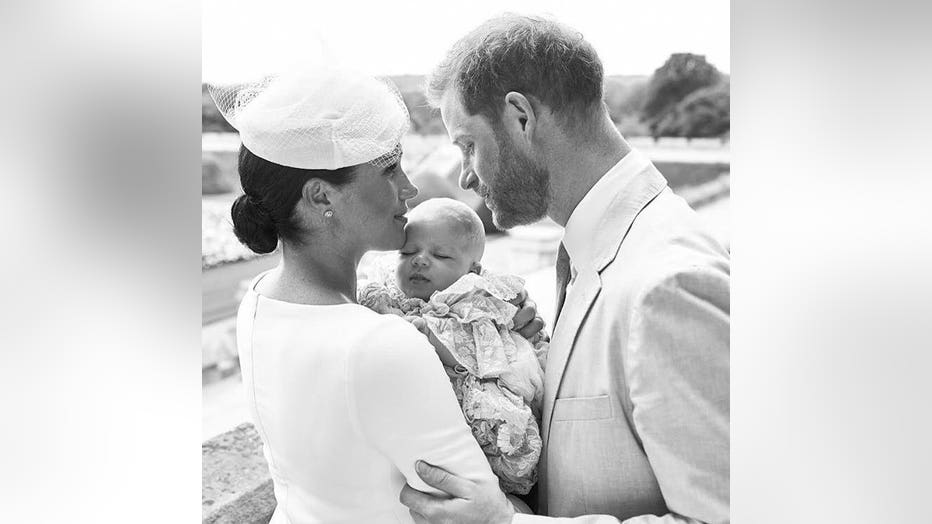 Queen Elizabeth II and Prince Phillip did not attend.

Prince Harry and Meghan have faced criticism for declining to reveal the names of Archie's godparents, and not giving the public a glimpse of the event — though that didn't stop well-wishers coming to Windsor with Union Jack flags, banners and even a cake to mark the occasion.

The royal couple's decision sparked controversy in part because of the recent revelation that their Windsor home was renovated with 2.4 million pounds ($3.06 million) of taxpayers' money.

Archie was born May 6 and is seventh in line to the British throne.

FOX News and The Associated Press contributed to this report.