President Biden discussed his plan to combat violent crime and gun violence in the nation's cities and communities. This comes on the heels of another violent 24-hour period across Philadelphia.

The video shared by police shows a 23-year-old victim and his 3-year-old son getting into a dark-colored car on the 1600 block of North 55th Street just after 2 p.m. Saturday when two shooters exit a white SUV.

The unidentified shooters open fire on two men near the dark-colored car causing fatal injuries, according to police. The 3-year-old child suffered a non-life-threatening gunshot wound to the leg. 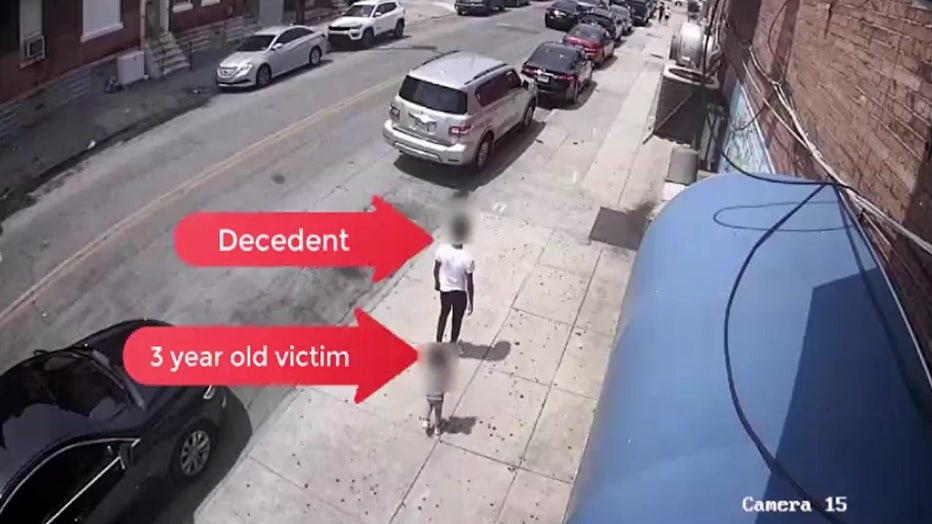 All three victims were driven to Penn Presbyterian Hospital by private vehicle. The two adult victims were pronounced dead shortly after their arrival.

"We should never tolerate violence against our children, as all of us - not just the police - are charged with the responsibility to keep them safe from danger and harm," Outlaw said in a statement immediately following the shooting.

Naish on Wednesday said police recovered a white SUV that's believed to have been used by the shooters. Police still have not been able to identify the suspects.

Anyone with information on the deadly triple shooting is urged to contact detectives immediately.