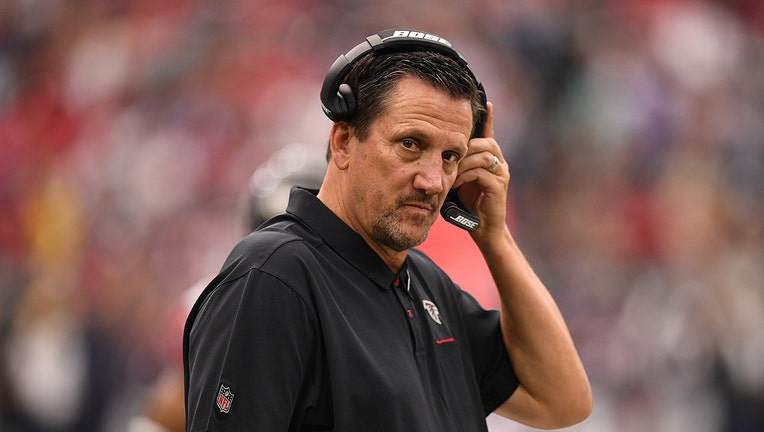 NEW YORK - New York Jets assistant coach Greg Knapp on Thursday died of the injuries he suffered in a traffic crash near his home in California over the weekend, according to a statement by his family released through the team. He was 58.

"Greg had such an inner peace about him that people always seemed to gravitate towards. He lived life in a loving way that helped him connect with people from all walks of life in a unique way," head coach Robert Saleh said in a statement. "In his short time here, I believe the people in this organization had a chance to experience that connection."

Knapp was riding his bicycle in San Ramon, a city in the San Francisco Bay Area, on Saturday afternoon when a car struck him, his family said.

"Greg never regained consciousness," the family said in a statement. "He was surrounded by his mom, his wife, his 3 daughters, and his brother."

Knapp, or "Knapper" as he was affectionately known, joined the Jets coaching staff in January as the passing game specialist. In his 33-year career coaching football, he also had stints with the San Francisco 49ers, Atlanta Falcons, Oakland Raiders, Seattle Seahawks, Houston Texans, Denver Broncos, and also on the college level at Sacramento State.

"In his short time with us, Greg had an immediate influence on those who had the pleasure of spending the smallest amount of time with him," Jets Chairman Woody Johnson said in a statement. "His legacy is not only working with some of the brightest quarterbacks the league has ever seen, but the countless others across this world he has had an indelibly positive influence on."

Knapp had been expected to have a key role in helping offensive coordinator Mike LaFleur and quarterbacks coach Rob Calabrese teach and develop Zach Wilson, the No. 2 overall draft pick. The 21-year-old QB is the likely starter for the Jets this season.

"While his family, friends, and players still had so much to learn from him and desperately wished they had more time with him, God called an audible and wanted to go over the game plan directly with him," his family said. "It will certainly be a masterpiece, just like Greg!"